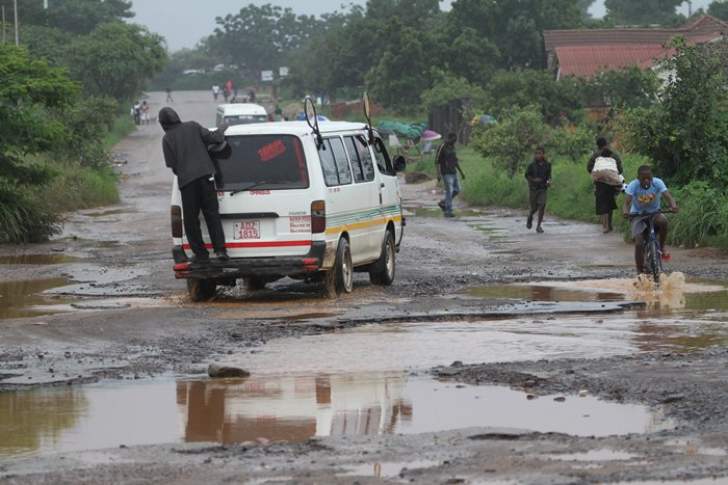 The Zimbabwe government says it is taking over “high impact” urban roads from local authorities which will undergo major works after years of rain-damage and neglect.

Local authorities and central government are locked in bitter battles over who bears responsibility for the poor state of roads in towns and cities across the country.

The government blames the municipalities for poor management, but the local authorities say the government is one of their biggest debtors and accuse roads agency ZINARA of making negligible disbursements for road rehabilitation from toll fees it manages.

During a Cabinet meeting on Wednesday, Vice President Constantino Chiwenga outlined the plan which will see the transport ministry taking over more than 70 roads from councils under the government’s Emergency Road Rehabilitation Programme.

“Cabinet was informed that as the programme gathers momentum, sufficient resources have been mobilised for works on critical, high impact roads to commence in earnest,” information minister Monica Mutsvangwa told journalists following a Cabinet meeting on Wednesday.

She added: “The relevant roads authorities are mobilising equipment with treasury’s support. Cabinet approved that the Department of Roads in the Ministry of Transport and Infrastructural Development takes over a number of roads from urban councils.”

Mutsvangwa did not say if the roads takeover is temporary or permanent, and the affected roads were not listed.