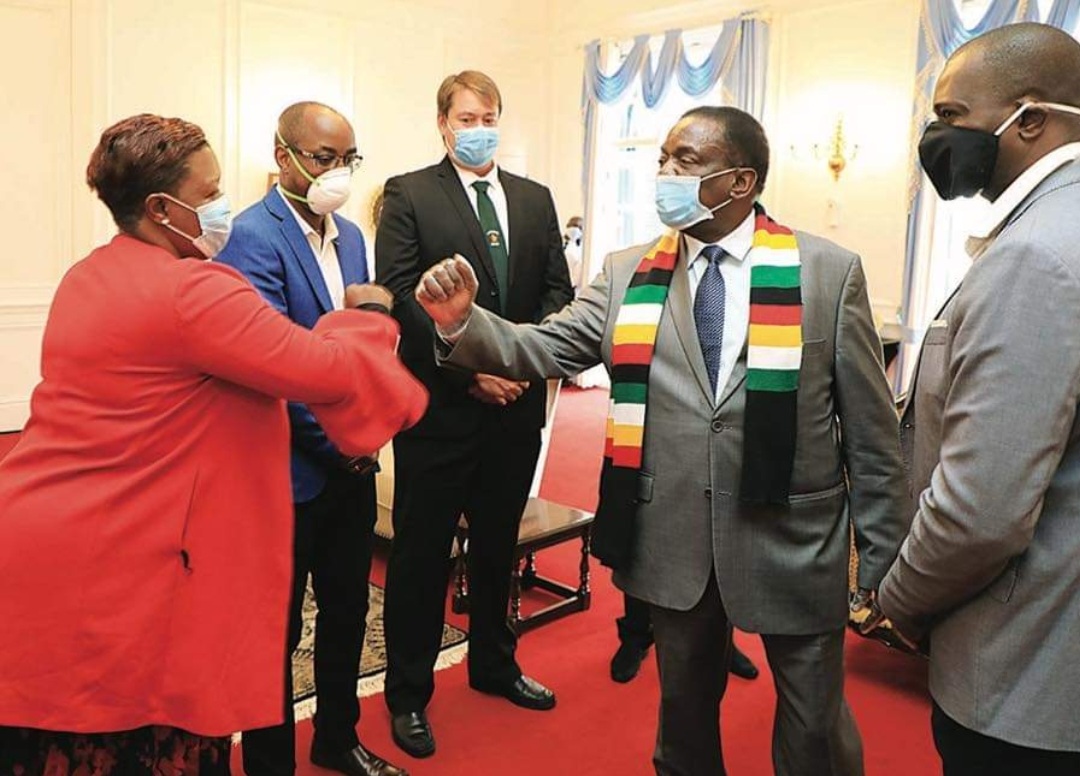 GUTAI Lisa-Marie Maropafadzo of Maropafadzo Energy (Pvt) Ltd , an ex-convict close to President Emmerson Mnangagwa and his family whose company is implicated in the US$5 million Cotton Company of Zimbabwe (Cottco) fraud scandal, has been minting millions of United States dollars from government tenders through her proximity to power.

The 37-year old, who spent 22 years in the United Kingdom before returning home when Mnangagwa took over power through a coup in 2017, has been exposed as a result of the Cottco fraud and money laundering case.

She has been living the life – with her group of friends who call themselves “Rich cousins” – at her Beverly Hills-like mansion in the lavish Gletwyn Park suburb in Harare along Enterprise Road, southwest of Glen Lorne.

Maropafadzo, who used to be known as Gutai Lisa-Marie Mutuke until 2020, is entangled in the fraud and money laundering case involving Gokwe-Nembudziya MP Justice Mayor Wadyajena and Cottco bosses Maxmore Njanji, Pius Makunike and Fortunate Molai, as well as Piermont Moncroix director Chiedza Danha through her company.

Her company, Maropafadzo Energy (Pvt) Ltd, which is only two years old, is accused of receiving US$2.2 million from funds allocated for the procurement of cotton bale ties for Cottco.

“Payments made to Maropafadzo Energy (Pvt) Ltd being part of the order of bale ties were further transferred into various accounts of individuals accounts and corporates which have nothing to do with the purpose for which the money which the funds were transferred for at Cottco. No bale ties have been delivered by Pierpont Moncroix Mauritius.”

Apart from hobnobbing with the Mnangagwas and “Rich cousins”, Maropafadzo is a member of the Young Women for Economic Development – the President’s cronies – and has said she worked extra hard to set up her business.

Meanwhile, it now turns out she was benefitting from proximity to power and murky business deals.

‘‘My business is not small, it is a big business. I own a company called Maropafadzo. We have over five service stations and move fuel in bulk. I have government tenders and I have not bribed anyone. I didn’t have to go into a relationship with anyone. I don’t have a political background, but I believed in President Mnangagwa,” Maropafadzo said at a Young Women for Economic Development event in Harare last year.

“I stayed in the United Kingdom for 22 years where I lived and worked. I had become very poor. When I came to Zimbabwe that was when the New Dispensation was coming into power. I remember the President’s words when he said ‘Zimbabwe is Open for Business’. I am one of those who managed to establish a business.”

Maropafadzo is not new to scandals.

It has now emerged that was once convicted of fraud in the UK, which explains why she changed her name in 2020.

In 2015, Maropafadzo was found guilty of fraud involving over £2 000 and was sentenced to 120 days in prison, suspended for two years. She was ordered to abide by a four-month curfew to run from 8pm until 7am daily, and was ordered to pay £85 in costs and an £80 victim surcharge.

Gutai Mutuke, as she was known in Britain then, bought a number of items from online high street retailer John Lewis, a brand of high-end department shops in the UK, between June 2013 and March 2014, collecting them in person before returning them to different outlets across the south of England.

She travelled as far afield as Swindon to make legal returns before using the internet order form to get reimbursed by different stores for very similar items she had in her ownership but did not buy from the retailer.

By doing so, Mutuke, as she was known then, fraudulently gained £2 153 – an amount she was ordered by the court to pay back in compensation.

A few years after the scandal, Maropafadzo returned to Zimbabwe and changed her name to protect her identity and hide her fraud conviction.

As part of that process, in September 2020, the first notice was put in the Government Gazette of Zimbabwe of her intention to change her name.

“Notice is hereby given that, by notarial deed of change of name executed before me, Nobert Muhlolo, a legal practitioner and notary public, at Harare, on the 14th day of September, 2020, Gutai Lisa-Marie Mutuke appeared and changed her name to Gutai Lisa-Marie Maropafadzo, so that, henceforth, she shall be known on all occasions by the name Gutai Lisa-Marie Maropafadzo. Dated at Harare on this 14th day of September, 2020.— Nobert Muhlolo, c/o Muhlolo Legal Practice, Second Floor, Pasangano Building, 20, King George Road, Avondale, Harare. 424713f,” the gazette says.

Maropafadzo then officially changed her name in January 2021, according to the gazette.

“Notice is hereby given that, on the 29th day of January, 2021, before me, Beloved Dhlakama, a legal practitioner and notary public, at Harare, appeared Gutai Lisa-Marie Mutuke (born on 7th April, 1985) and changed her name to Gutai Lisa-Marie Maropafadzo, so that, henceforth, for all purposes and on all occasions she shall be known by the said name Gutai Lisa-Marie Maropafadzo. Dated at Harare on this 25th day of January, 2021.—Beloved Dhlakama, c/o Dhlakama B. Attorneys, legal practitioners, 22, Broadlands Road, Emerald Hill, Harare. 470350f.”

In between, she was known as Lisa Matuke, an employee of the First Lady’s Angel of Hope Foundation. She has been part of the foundation’s fund-raising activities.

In 2019, she went to Mhondoro with the foundation for a Christmas party treat for orphans in the area, and gave a speech on behalf of the organisation and First Lady Auxillia Mnangagwa.

GUTAI Lisa-Marie Maropafadzo is a 37-year-old Zimbabwean woman, born in April 1985. She owns Maropafadzo Energy (Pvt) Ltd and is close to both President Emmerson Mnangagwa and his wife Auxillia. She is also said to be former finance minister Herbert Murerwa’s step-daughter.

Maropafadzo deals in bulk fuel supply and is a tenderprenuer. Records show that in 2020 she was the president of the Indigenous Petroleum Association of Zimbabwe. The group made a US$35 200 cash donation and provided masks to President Emmerson Mnangagwa during the peak of the Covid-19 pandemic. She is an active member of the Zanu-PF-affiliated Young Women for Economic Development (Young Women 4ED).

She is also actively involved with the First Lady’s charity foundation. She was convicted of fraud in the United Kingdom in 2015 after swindling shops of more than £2 000. She was ordered to pay back the money and was given a suspended sentence. She came back to Zimbabwe in 2017.