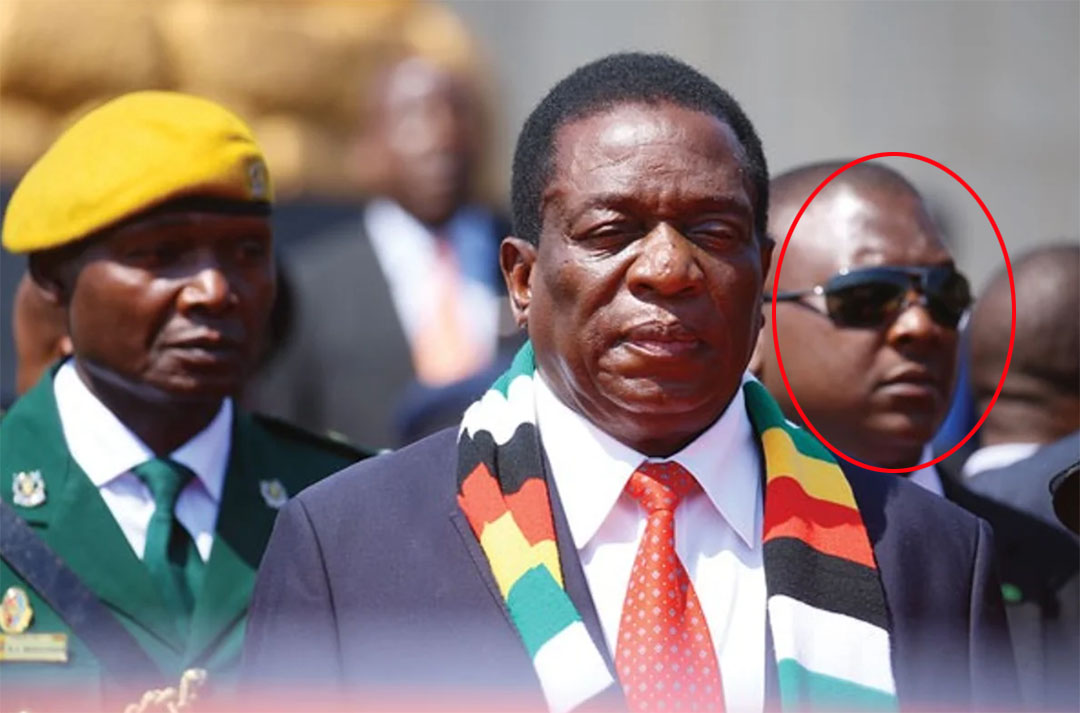 Jaji Investments, a company registered in Namibia, is one of a few handpicked firms connected to Zimbabwe’s first family which have scored contracts with the government during the virus outbreak.

The bombshell revelations came as the finance ministry, reacting to public outrage, said it was reviewing a US$1 million Covid-19 materials supply deal with a company connected to one of Mnangagwa’s sons, Collins.

Drax International, which got registered as a government supplier last year after claiming a Swiss address, inflated prices by 200 percent on coronavirus test kits and coveralls before leaked papers of the deal embarrassed the government into demanding a price review.

Simultaneously, finance ministry permanent secretary George Guvamatanga announced that they had cancelled a US$40 million drugs supply deal signed with the company, and suspended another worth US$20 million as the broke government tries to limit its debts.

Jaji Investments and Drax International’s opaque dealings with the government have provided a rare window into official corruption at the heart of government, as companies connected to Mnangagwa get favoured through sidestepping procurement rules.

On March 16, the company delivered 4,449 Covid-19 test kits to NatPharm worth US$66,375. The money was apparently paid to the company’s Namibian bank account held with Standard Bank.

ZimLive has seen documents which show that in April, the freewheeling health minister Obadiah Moyo instructed his permanent secretary then, Agnes Mahomva, to purchase another 4,500 test kits. Mahomva was mysteriously removed from the position in April.

In a handwritten note with a date stamp of April 14, 2020, Moyo says the kits are “available locally from China”, but then adds that “also used in Namibia” – an apparent nudge on Mahomva to return to Jaji.

Moyo assured Mahomva that “finance are ready to purchase for us”, while urging the secretary to “please process, copying Minister (Mthuli) Ncube and myself.”

A day later, Mahomva – apparently ignoring procurement procedures – wrote to Guvamatanga. She had settled for Jaji. Attaching an invoice from Brown’s company, she wrote to Guvamatanga: “Attached please find an invoice for the rapid response test kits for purchase from Namibia. Your assistance in this regards (sic) is greatly appreciated.”

The invoice was identical in price from the one back in March, totalling US$66,375.

It was not clear if Jaji delivered on the new order. If they did, the ministry of finance would have paid the company US$132,750 in March and in April.

Moyo declined to answer our questions on how Jaji was handpicked for the contract, while we were unable to reach Brown who is normally seen standing behind Mnangagwa.

Meanwhile, Guvamatanga, in a letter to the ministry of health on Friday, said the government would not be paying Drax International’s invoice until they revised their prices downward, but officials remain tight-lipped over how the company ended up at the front of the queue as a Covid-19 materials supplier.

Separately, Moyo told journalists that “following negotiations which were done between the ministry of health and a Drax representative, they agreed to reduce their prices to US$600,392.

Moyo also leapt to the defence of Drax over their earlier invoice. “During their initial quotation, most companies had closed globally and if opened, they had skeleton staff… The demand for the products then became very high worldwide, leading to higher prices for anything related to Covid-19,” Moyo said.

Drax international, fronted in Zimbabwe by Delish Nguwaya, says on its website that it was formed in 2020 and lists as its headquarters an address in Dubai, United Arab Emirates.

ZimLive has seen an invoice for US$500,000 the company sent to NatPharm for test kits on May 8. The invoice provided a Mauritian bank account held with Bank One Limited.

One of Drax’s directors, a Ilir Dedja, and Collins Mnangagwa issued eerily similar statements on Friday, almost denying any business associations. Mnangagwa said he had no “business or personal relationship with any Drax International’s representatives, including Mr Delish Nguwaya.”

In April, Nguwaya – who has a colourful criminal history – told ZimLive that Collins Mnangagwa was “my brother”, adding: “I’ve known him for a long time.” He denied, however, that they were business partners although sources maintain that the huge government contracts were won through the intervention of Collins.-ZIMLIVE