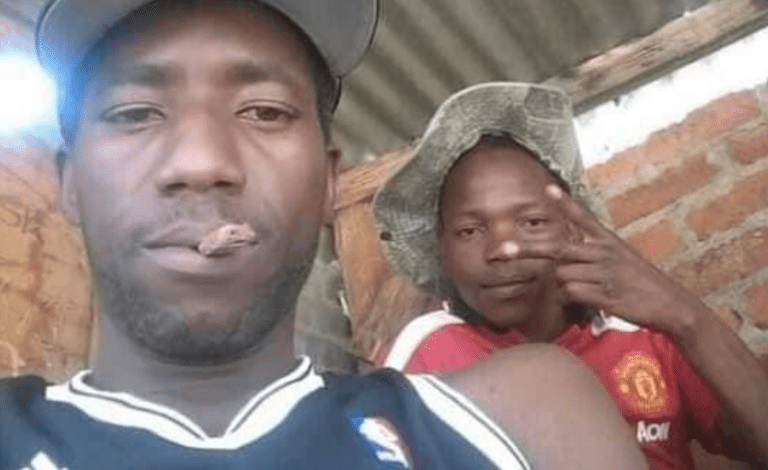 TYRA, the surviving and only daughter of the late socialite Michelle “Moana” Amuli, is in the custody of her father’s mother, it has emerged.

This is despite Moana’s mother, Yolanda Kuvaoga, vowing in public that she was taking care of the 7-year-old Tyra and would ensure that the kid continues leading her comfy lifestyle and attending Heritage School in Borrowdale Brooke where her mother had enrolled her.

While there are varying versions of how Moana and Tyra’s dad separated, images have emerged of Maona’s ex-husband, Lloyd Chipombo, with his daughter.

Snodia Chipombo, Lloyd’s mom, told a leading tabloid that she took custody of Tyra as Moana’s mother and father fought in public and in the courts for the right to take charge of the late video vixen’s burial.

Moana’s ex-hubby Lloyd Chipombo with his daughter Tyra
Gogo Snodia Chipombo also said she stayed with Moana until the socialite left her son under a cloud, but emphasized that Moana used to take Tyra to meet her, that’s why Tyra knows her so much to be comfortable staying with her.

Moana perished on the morning of 8th November when Ginimbi’s supercar Rolls-Royce Wraith hit a tree and exploded into flames, burning her and two other colleagues beyond recognition. Business tycoon Genius “Ginimbi” also died on the spot.

Meanwhile, in her speech at a Harare mosque on Saturday, Moana’s maternal uncle Austin Chimedza said they had ironed out their differences.

“We just attended court to fulfil the process, but we had agreed to put all misunderstandings aside and give her (Moana) a dignified send-off,” he said.

Moana’s ex-hubby Lloyd Chipombo with an unidentified colleague
Chimedza said they had learnt a lot throughout the process.

“We have learnt something in terms of the culture and everything that happens in the Muslim community. We were not sceptical about how everything would be done, but it was a fear of the unknown. Now we have been told how it works and shown that there is nothing to worry about,” he said.

The Amuli family’s spokesperson Yussuf Binali echoed the same sentiments as he made it clear that the family altercations were a closed chapter.

“We would also want to extend our gratitude to all families including our in-laws for joining hands with us in mourning our daughter up to this time,” he said.

“We have nothing to say as far as the burial and everything is concerned so we want to say whatever happened was according to God’s wishes.” ■