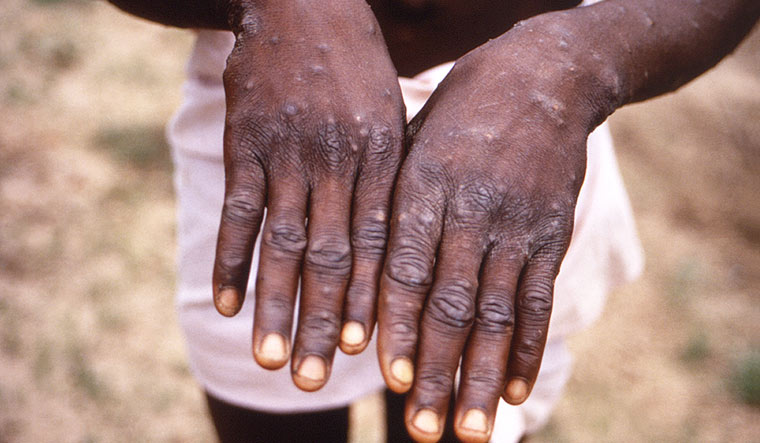 More than 200 people in 27 US states are being tracked for possible rare monkeypox infections, health officials say.

They fear people may have come in to contact with a Texas man who brought the disease in from Nigeria earlier this month.

The man – believed to be the first monkeypox case in the US since 2003 – was taken to hospital but is in a stable condition.

So far, no new cases have been found.

What is monkeypox?
The Centers for Disease Control and Prevention (CDC) says it is concerned passengers who were on board two flights the man made may have been exposed to the disease.

He flew into Atlanta, Georgia from Lagos, Nigeria on 9 July, before taking a flight to Dallas, where he was hospitalised, the CDC said.

It said it was working with the airlines to assess “potential risks to those who may have had close contact with the traveller”.

But the chances of the disease spreading on the plane were low because passengers had to wear face masks, it added.

A CDC spokesperson told the BBC it was “working with state and local health departments to follow up with individuals who may have been exposed to monkeypox”.

“The risk to the general public is thought to be low,” the spokesperson said, adding that none of the 200 people they were monitoring were thought to be “high risk”.

Monkeypox is a rare viral disease from the same family as smallpox, but is much less severe.

It occurs mostly in remote parts of central and west African countries, near tropical rainforests.

Initially fever, headaches, swellings, back pain, aching muscles and a general listlessness.
Once the fever breaks, a rash can develop, often beginning on the face then spreading to other parts of the body, most commonly the palms of the hands and soles of the feet.
The rash, which can be extremely itchy, changes and goes through different stages before finally forming a scab, which later falls off. The lesions can cause scarring.
Most cases of the virus are mild, sometimes resembling chickenpox, and clear up on their own within a few weeks.

Monkeypox can sometimes be more severe, however, with one in 100 cases being deadly, according to the CDC.

Though rare, the disease has been discovered in the US before. A 2003 outbreak caused 47 confirmed or probable cases, and was linked to rats flown into the country.

First batch of 50 deportees from the UK expected tomorrow

UK deportation flight to Zimbabwe takes off with only 14 people