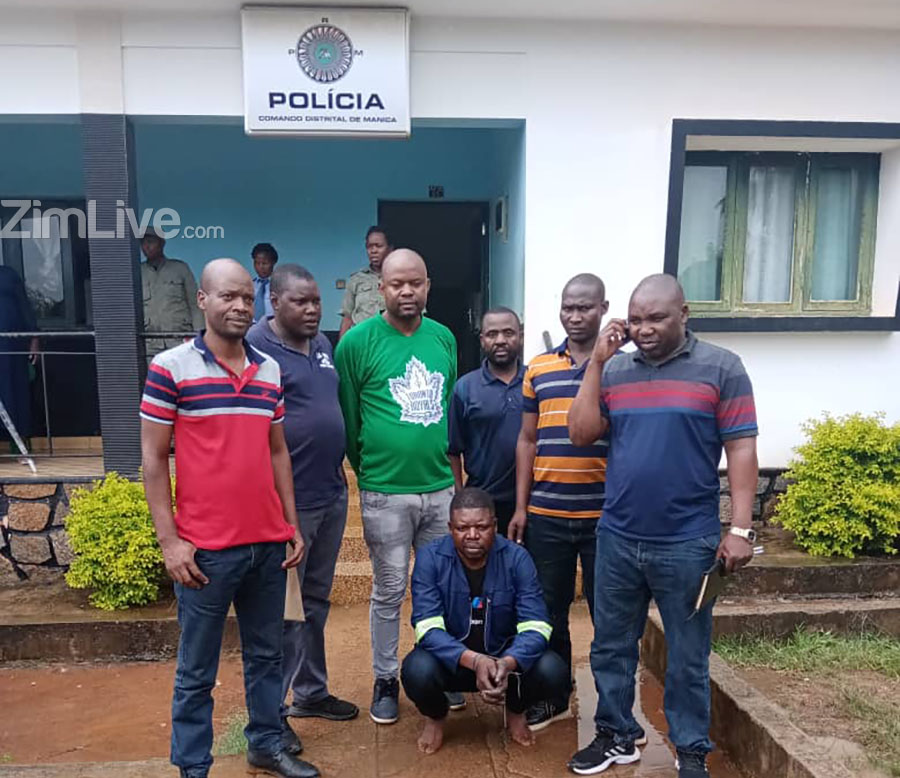 MUTARE – Victims of triple murder suspect Jaison Muvevi could wait for many months, even years, to get justice after Mozambican authorities said they would try him on gun charges.

Muvevi was on the run since January 13 when he shot and killed three people in Wedza and critically wounded a fourth.

On January 15, he allegedly fired shots at another man at Mutare Boys High School where he went looking for food.

Muvevi was arrested by members of the public after crossing into Mozambique at Machipanda on Monday morning. He was handed over to Mozambican police.

ZimLive understands that a team of Zimbabwean detectives conferred with their counterparts in Mozambique who declined to release Muvevi, who was found with two guns at the time of arrest.

A source at the National Prosecuting Authority (NPA) said they had hoped Mozambique would deport Muvevi as an illegal immigrant and quickly handed him over.

“By deciding to prosecute the suspect on gun charges, we face a real possibility that he will first go on trial and if convicted serve a jail sentence in Mozambique. It could be many months or even years before we lay our hands on him,” an NPA lawyer said.

The lawyer said Zimbabwe could still use diplomatic channels to gain custody of Muvevi, a retired police detective who had reportedly made a small fortune after venturing into mining.

“The two countries enjoy cordial relations and there’s a lot of cooperation in the area of security. It’s possible, for instance, that Muvevi can be sentenced in Mozambique and be handed over to Zimbabwe to serve his sentence here, while being put on trial for crimes committed in Zimbabwe,” the lawyer added.

Zimbabwe is now expected to file an extradition request and wait for a response from Mozambique.

A video of the citizens’ arrest showed Muvevi, wearing black jeans a blue work suit, being pinned down and several men attempting to tie his hands with what appeared to be shoelaces.

National police spokesman Assistant Commissioner Paul Nyathi said in a statement: “The ZRP acknowledges and appreciates the support given by members of the public in the pursuit of the suspect.”

Zimbabwe is set to hit Muvevi with a string of charges including three counts of murder and two further charges of attempted murder.

Police have not said what motivated Muvevi’s murderous spree, which began with the shooting of Crispen Mubvana Kanerusine, a 62-year-old self-styled prophet.

It has been reported that Muvevi lost his rag after Kanerusine, who was operating from a Johanne Masowe shrine at Negombwe Village in Wedza, gave him a prophecy he did not like.

A police memo of the incident, seen by ZimLive, said an incensed Muvevi went to his vehicle, a Toyota Allion, and returned with a gun with which he shot Kanerusine once in the head, killing him instantly.

Armed police responding to the incident cornered Muvevi at an area called Matsine by parking in front of his stationary vehicle, blocking his path. Muvevi, who was outside the car, allegedly opened fire on the officers while charging forward.

Muvevi disarmed the police officers of their guns and jumped into his vehicle and sped off towards Goto.

On Saturday, January 14, police recovered Muvevi’s vehicle in Chipinge, putting them back on the tail of the fugitive. Hours later, in Rusape, Muvevi escaped from a shootout with police, who were tracking his mobile phone signal.

On January 15, the hunt moved on to Mutare after Muvevi used his EcoCash to purchase the blue work suit he was wearing at the time of his arrest.

At 3PM on Sunday, police were called to Mutare Boys High School where Muvevi had allegedly approached a school staffer who was coming out of the bathroom. After enquiring who was around at the staff quarters, he allegedly produced US$10 and asked the woman to source a chicken and prepare him a meal.

A police account of the incident said while the pair were talking, a known drug addict “arrived in a drunken stupor and demanded that Muvevi should account for his presence at the school staff quarters.”

Muvevi allegedly drew his gun, spooking the drunken man who fled as the fugitive fired three shots at him, which all missed. One of the bullets perforated a geyser tank.

After the incident, Muvevi disappeared into the nearby Asei Game Park.

Early on Monday, Muvevi allegedly boarded a kombi as he tried to flee into Mozambique. He was recognised by some passengers leading to a citizens’ arrest being made, and his handover to Mozambican police.

Zimbabwean detectives led by Detective Chief Inspector Alexander Jachi from CID Homicide in Harare went over to Mozambique for a meeting with their counterparts, but they returned empty handed after they were advised that Muvevi would be taken to a local court on charges of illegal possession of firearms.-Zimlive