Home Main News Mugabe Cave Burial: Death Rituals to Be Held In Private Because He Was a Chief
Main NewsPoliticsZimbabwe

Mugabe Cave Burial: Death Rituals to Be Held In Private Because He Was a Chief 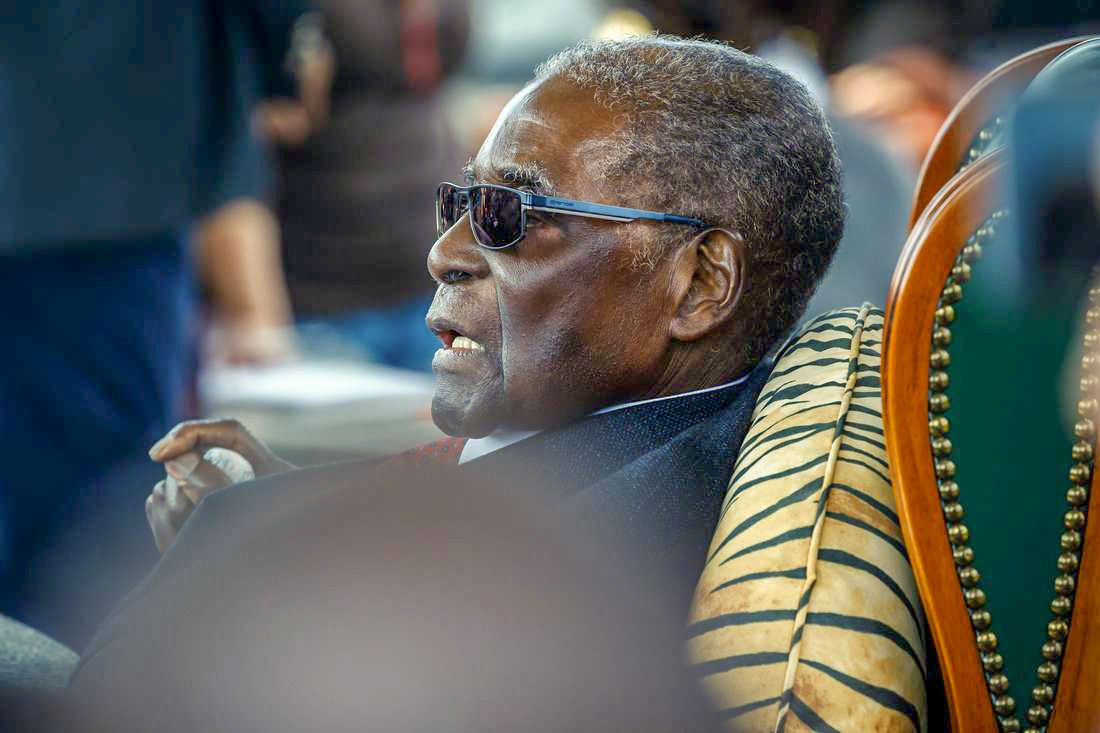 A plane has left Harare for Singapore carrying government officials and relatives to bring home the body of Robert Mugabe, but it was still not clear where the former leader would be buried, a family spokesman said on Monday.It is believed Mugabe would be buried in a cave.

Mugabe’s family is pushing back against the government’s plan to bury him at the National Heroes Acre monument in Harare and wants him to be interred in his home village, relatives have told Reuters.

Leo Mugabe, the late president’s nephew and family spokesman, said a charter plane left Harare for Singapore just after 9AM (0700 GMT) on Monday.

But when pressed on where Mugabe would be buried, he was non-committal.

In some parts of Zimbabwe, burials of chiefs are a secret affair and people are only told the resting place afterwards.

Mugabe died on Friday aged 95 in Singapore, where he had long received medical treatment. He had dominated Zimbabwean politics for almost four decades from independence in 1980 until he was removed by his own army in a November 2017 coup.

Revered by many as a liberator who freed his people from white minority rule, Mugabe was vilified by others for wrecking one of Africa’s most promising economies and ruthlessly crushing his opponents.

Mugabe’s resting place has been a topic of discussion since the Zimbabwe Independent newspaper reported last month that Mugabe would snub the offer of a burial at National Heroes Acre – a site reserved for the country’s heroes – because he felt bitter about the way he was removed from power.

In a statement on Monday, the information ministry said Mugabe’s body would on Thursday and Friday be paraded at Rufaro Stadium, the venue of his 1980 election victory speech.

This is to “allow members of the public to pay their last respect to the illustrious liberation war hero,” the statement added.

On Saturday, a funeral service will be held at the National Sports Stadium before burial a day later.

The Zimbabwean government said in a memo sent to embassies that it planned to hold a state funeral for Mugabe in the National Sports Stadium on Saturday, with a burial ceremony on Sunday, but it did not say where the burial would be.

If Mugabe is buried in Kutama village, 85 km (50 miles) from Harare, it would be a major rebuke for his successor, President Emmerson Mnangagwa, and the ruling Zanu PF party that Mugabe helped to found. – Reuters

Prophet Angel Shows Off His UK Mansion As Birthday Celebration