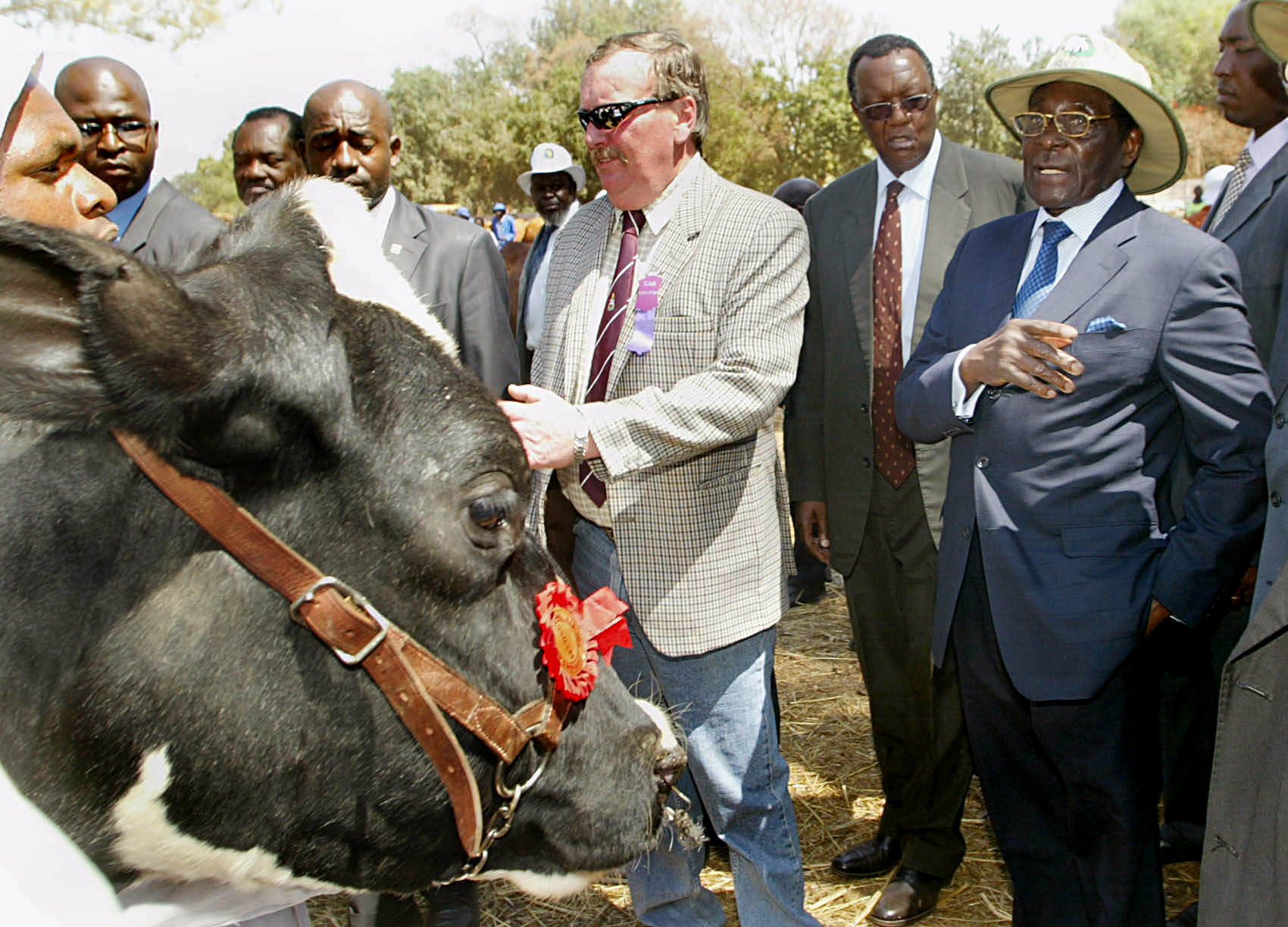 WHILE the principle of land reform in Zimbabwe was primarily to address the skewed legacy of colonial land ownership imbalances, the late former president Robert Mugabe and his family engaged in greedy accumulation of farms establishing themselves as the new landed aristocracy.

By the time of his death on 6 September 2019, Mugabe had became a top land baron with 24 farms in violation of his regime’s one-man-one-farm policy.

Beneath the rhetorical veneer of a noble cause of to correct historical land ownership imbalances, there was a greedy accumulation agenda for Zanu PF elites and their cronies who amassed land but mainly failed to utilise it, spawning
food insecurity and shortages.

Some displaced white Zimbabwean farmers are now doing well in South Africa, Mozambique, Zambia and Nigeria, among other countries. The land seizures also left Zimbabweans holding onto dead capital on farms, with uncertainty of ownership decreasing the value of the property and the ability to lend or borrow against it.

Contrary to public perception and widespread reports that the Mugabes 10 or 14 farms at most, The NewsHawks has managed to dig out the record showing the correct number of farms that they held: 24.

By violating his own government policy on land ownership, Mugabe and his family became the largest landowning black family after the chaotic and often violent fast-track land redistribution programme which began in 2000.

Ironically, Mugabe used to publicly complain about multiple farm ownership at various fora, including the 2002 Johannesburg Earth Summit where he denounced former British prime minister Tony Blair, telling him: “Blair, keep your England and let me keep my Zimbabwe” as he vowed to push on with the land reform programme.

Blair’s No. 10 Downing Street strongly criticised as needlessly unstructured and brutal. “Every one of them (white farmers) is entitled to at least one farm, but they would want to continue to have more than one farm. More than one farm, indeed 15, 20, 35 farms, one person. These are not figures I’m just getting from my mind, they are real figures, so no farmer is being left without land…,” Mugabe said.

“We don’t mind having and bearing sanctions banning us from Europe, we are not Europeans. We have not asked for an inch of Europe, any square inch of that territory. So, Blair keep your England and let me keep my Zimbabwe.”

After self-righteously and repeatedly telling the world, he was only motivated by correcting a major historical injustice, Mugabe however went to acquire many farms and, in some cases, grabbing up to five farms before consolidating them into one big bloc of a landholding.

“Although they grabbed those farms just like colonial predators, the Mugabes are not farming on that consolidated farm. They have subcontracted and leased it to the Rudland Brothers—Simon and Harmish. The offer letter for the
farm is in the name of the Grace Mugabe Foundation,” a relative of the Mugabes said.

While Mugabe bought Highfield Farm in Norton in the 1980s, he went on to take advantage of the land reform programme to grab four surrounding farms before consolidating the five farms.

Police, army and intelligence security operatives were deployed to facilitate the acquisition of Tankatara, Cressydale, John O’Groats and Clifford farms before they became part of Highfield Farm. The five farms total 4 800 hectares.

The Mugabes also own Iron Mask Farm, which is a consolidation of three properties. The three farms, according to the farm handover letter seen by The NewsHawks, are B of Greater B, Remainder of Iron Mask and Portion of Irene Estate.

Documents obtained by The NewsHawks support and prove this. The handover letter is in the name of Grace Mugabe Children’s Home and has a total of 1 399.6 hectares. Grace played a huge role in building the Mugabes’ land empire.

In addition, the family also has Gushungo Dairy Estate in Mazowe, once known as Foyle Farm. The farm was initially parceled out to the state-owned Agricultural and Rural Development Authority (Arda) by former agriculture minister Joseph Made, a Mugabe farm manager and right-hand man. It was then renamed Arda Foyle before being acquired by the Mugabes and developed to become the flagship of their Mazowe business empire.

“All infrastructure and equipment that was mobilised by Arda was taken over and the farm became Gushungo Dairy Estate,” an informed said.

Also in Mazowe, the Mugabe family acquired five farms and consolidated them under Manzou, with a game reserve. The consolidated farms are Manzou Farm, Surtic Ranch, Arnolds Farm, Maggiesdale Farm and Glenbervile with a combined hectarage of 16 000 hectares.

The Mugabes’ also have the 310-hectare Kaseplan Farm in Pomona on their books. The farm was initially taken over by some local families during the land reform programme, among them Adonia Makombe, Sahungwe Hungwe and Nyika Chifamba, who were given offer letters.

The Mugabes however later acquired a handover letter in the name of one of their companies, Kaseplan Grand Industries, in 2011 before evicting the families with the assistance of the police, military and intelligence operatives.

The family then grabbed 100 hectares of state land next to the farm that was initially meant for a botanical garden. The Zunde botanical garden project was shelved by the state owing to a lack of underground water in the area.

Further, the Mugabes also own the 1 300-hectare Mwenewazvo Farm, formerly known as Sigaro. The farm was initially taken over by Arda before being named Arda Sigaro. Arda then mobilised equipment for the farm before the
Mugabes took over the land.

Vusumuzi Farm, which is 800 hectares and formerly known as Gwina in Mashonaland West, is also owned by the Mugabes after they grabbed part of it from the then High Court Justice Ben Hlatshwayo. The judge had been allocated the farm formerly owned by prominent commercial farmer Vernon Nicolle.

The long list of farms belonging to the Mugabes include Bucklands Farm, originally named Buckland Estate. The 310-hectare farm is next to Wild Geese Lodge. The Mugabe family also owns a 120-hectare plot after Pomona
Golf Course which was allocated to their company called Mawuya Zimbabwe.