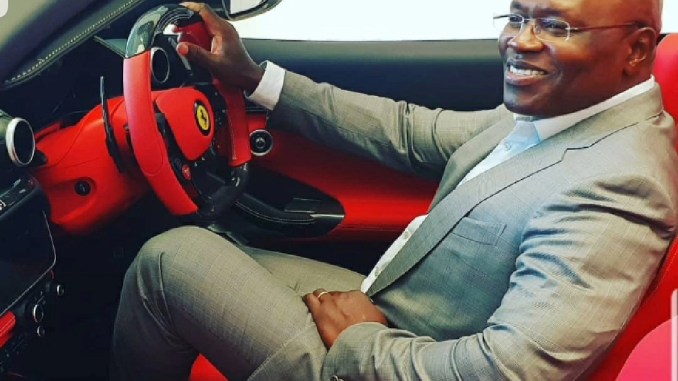 THE ongoing investigation into the death in a house fire of former Zimbabwe Investment Development Agency (zida) chief executive Mr Douglas Munatsi has taken a turn after detectives probing the incident “cleared” the last person to visit the late banker’s house of any involvement in the case.

Preliminary investigations had focused on a woman, who has only been identified as Colleta, who visited Mr Munatsi at his plush Northfields penthouse, hours before his house was engulfed by fire.

National police spokesperson Assistant Commissioner Paul Nyathi confirmed that police had interviewed the woman before she was released without a charge.

The Sunday Mail has gathered that Colleta had befriended Mr Munatsi only a few days prior to his death. She surrendered to the CID homicide detectives in Harare WhatsApp messages she had exchanged with the late banker before her visit, which apparently showed that the two were finalising a business transaction.

Investigators have also ruled out that the two were involved in a romantic relationship.

However, in separate briefings with sources close to the investigation, The Sunday Mail gathered that Colleta’s communications with the late business mogul were not considered suspicious by police.

“Colleta was co-operative when she was being interviewed by the detectives,” said one of the sources.

“She even volunteered messages she was exchanging with Munatsi only days before she visited his apartment.

“The messages apparently showed that the two were involved in some business arrangement which they were finalising at Munatsi’s place.

“I think it is fair to say that at the moment the woman can no longer be classified as a person of interest but things can change as the investigation evolves.”

Another source said investigators were now keenly awaiting post-mortem results from a Government pathologist which are expected this week.

The Munatsi family also commissioned a separate post-mortem which was conducted by a South African pathologist, whose findings are due this week.

Munatsi was laid to rest last Saturday at Greendale Cemetery.

Investigators are trying to piece together reasons why Munatsi was unable to escape from the raging fire which engulfed his bedroom through other escape routes.

The remains of the deceased were found in a sitting position just beside the bath tub in the main bedroom with some burns on the hands and legs.

He was putting on a red T-shirt and a black pair of shorts which were not burnt.

Investigations have concluded that a two-day-long power outage that affected Northfields apartments disabled the building’s high-tech fire sprinkler system which failed to douse the fire.

A Northfield apartments resident who spoke on condition of anonymity said there was no backup generator at the complex.

“I have been living here for almost a year, but I have never bothered with the generator because electricity is always available,” said the resident.

“Some of my neighbours have their own generators, but they are never shared with the whole complex.

“Now I heard someone from the (residents) association saying the sprinkler system is powered by electricity and, therefore, could not go off when the fire started.

“With the huge amount of money we are paying it is just surprising that we don’t have a generator.

“I’m not blaming anyone, I don’t know who should be responsible and maybe after this incident we will gather as residents and look into it.”

Northfield is an upmarket residential complex with high end security and luxurious amenities.

Describing the luxurious residential complex, a Harare-based real estate agent said: “It’s a little heaven on earth for those who have the money.

“With some of the apartments, you just bring your bag of clothes. Everything else is provided from furniture, soft furnishings, cutlery, appliances and crockery and all linen is brand new.”

The apartments come with Wi-Fi and satellite television connections.

According to the realtor, who has previously secured apartments for clients at Northfields, a single penthouse unit costs between US$450 000 and US$500 000.

Another source close to the Munatsi family said registration of the deceased’s multi-million-dollar estate will be done in the coming weeks.

Mr Munatsi owned a massive portfolio of properties in and outside the country. He owned two massive residential properties in Borrowdale, which he was renting out while he alternated staying between the penthouse and his farm, Kunatsa, which is one of the country’s most successful agriculture operations.

The banker also owned a mansion in Sandton, South Africa and another penthouse in Florida, United States.

Mr Munatsi was also an avid Liverpool Football Club supporter who travelled to the United Kingdom twice a year to watch live games at Anfield stadium.

“Right now the family would really like to be given some space, they are still mourning and they would like the police to conclude the investigations without giving them any pressure,” said the source.

“Also, there was another funeral in the family and all of this has taken a toll on them.”-Sundaymail