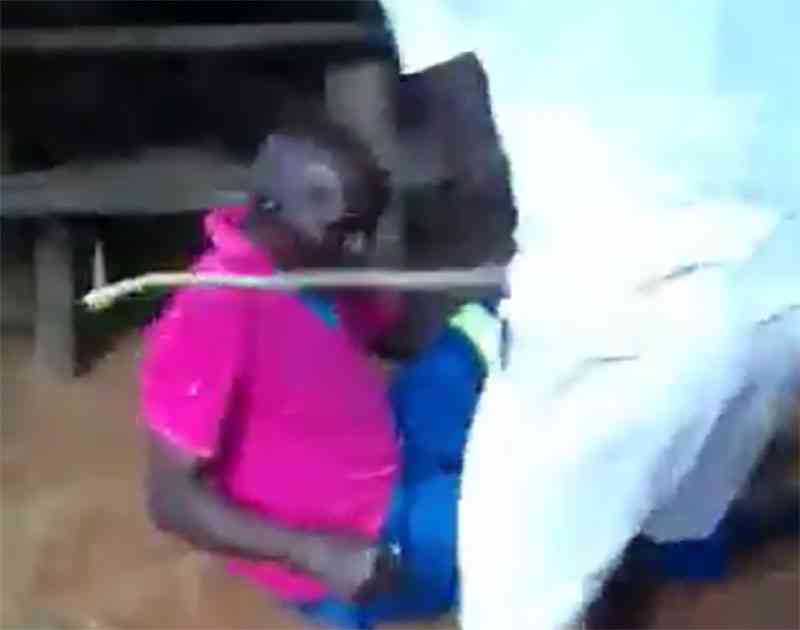 The divisions emerged following the arrest of a Zanu PF member and war veteran Never Chimutashu in connection with the attack that was recorded on a video which has gone viral on social media platforms.

Chimutashu is reportedly also a member of a Zanu PF affiliate group called Heritage that is mainly headlined by war veterans.

Some Zanu PF leaders in Murehwa, who anonymously spoke to NewsDay said the move was miscalculated and unnecessary and has brought a negative image to the party in the area.

The victims of the torture, from Bhunu area in ward 4, have been taken to a safe house in Harare where they are receiving medical and psychological attention.

According to a leaked chat by some suspected Zanu PF officials in Murehwa, Chimutashu was tipped about the gathering and allegedly unleashed some youths to deal with them.

The assault is said to have been organised at Murehwa Centre during a national clean-up exercise that was attended by mainly Zanu PF supporters.

The supporters had converged at Murehwa growth point after they were told that a member of the presidium was going to address them following the planned clean-up exercise, but none of the leaders showed up.

Gowo who owns some buses is also a Zanu PF aspiring candidate for Murehwa West constituency.

According to information leaked on social media, the ruling party’s Murehwa district co-ordination committee leadership okayed the release of a party vehicle to ferry the youths to ward 4 where the violence occurred.

The other vehicle reportedly belonged to Gowo.

Repeated efforts to obtain a comment from Gowo since Wednesday were fruitless.

Some Zanu PF officials in Murehwa have openly castigated the attack.

A top Zanu PF official told this paper that the issue has divided the party in the district which could possibly affect its standing in the forthcoming election.

“Murehwa is currently fractured and this has been worsened by the recent violence in Bhunu,” the official told NewsDay, but preferring to remain anonymous.

“The provincial and district leadership erred. There was no need for violence, and worse of that magnitude. The perpetrators are known, the process is clear, it is not a secret. We now have two camps in this area and this will affect us as far as election results are concerned,” added the official.