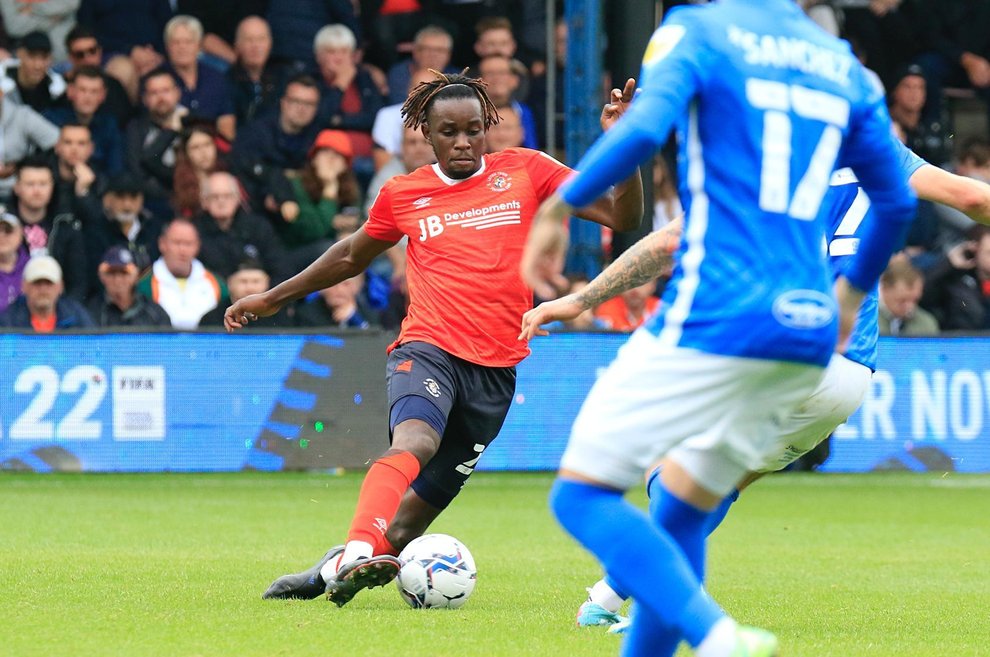 Luton attacker Admiral Muskwe will be available for the Hatters’ trip to Coventry City on New Year’s Day despite his call-up to the Zimbabwe squad for the upcoming Africa Cup of Nations.

The 23-year-old was named in the 30-man squad last week, and was set to miss Town’s match at the Coventry Building Society Stadium with players joining up by December 27.

However, the Confederation of African Football (CAF) have now allowed them stay at their clubs until January 3, before flying out or the tournament which begins in Cameroon on January 9.

At the halfway stage of the Premier League season, little separates Manchester City, Liverpool and Chelsea…

A letter sent by FIFA letter to the World Leagues Forum and the European Leagues grouping on Sunday said: “This decision is taken in the spirit of goodwill and solidarity with the affected clubs in recognition of the fact that they, like all members of the football community, have been adversely affected by the onset of the Covid pandemic.”

Muskwe, who has made 14 appearances since his summer move from Leicester City, will miss Luton’s FA Cup third round clash with Harrogate Town on Sunday, January 9, plus the home match with Bournemouth on January 15 and potentially the trip to Sheffield United the following weekend as well.

Zimbabwe will face Senegal on January 10, with games against Malawi (January 14) and Guinea (January 18), ahead of the round of 16 which begins on January 23.

Should the Warriors progress all the way to the final, Muskwe, who has won three caps for his country previously, will be out until Sunday, February 6.

In 2019, Zimbabwe finished bottom of their group, taking just one point from their three matches.

What happened to the Reserve Bank of Zimbabwe list of forex auction beneficiaries?