MDC Alliance leader, Mr Nelson Chamisa says Zimbabwe will host the Olympic Games and the World Cup finals if he is elected into office during next month’s harmonised elections. 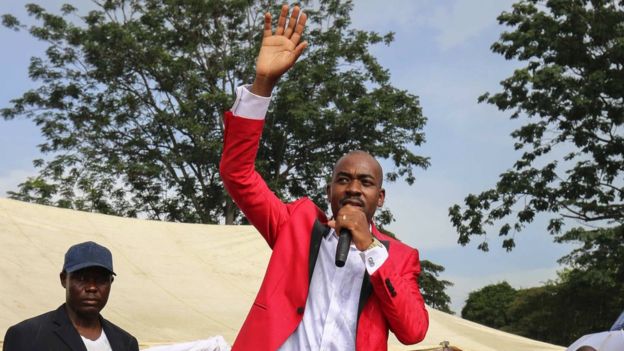 Mr Chamisa told the MDC Alliance supporters at Mahusekwa Growth Point in Marondera that he has a sports development programme in place that will see Zimbabwe hosting the Olympic Games and World Cup finals should he be elected into office.

“If you give me the mandate, Zimbabwe will be a shining example in sports. I will make sure the country hosts the Olympic Games and the World Cup,” he said.

Mr Chamisa also said that he has some Russians who have promised to give him funding, claiming that he almost missed a meeting with them due to the bad state of roads in Chivhu last week.

“I almost missed a meeting I had with some Russians who want to give us some funding due to the bad state of the roads. It took us almost one and half hours to travel 60 kilometers,” he added.