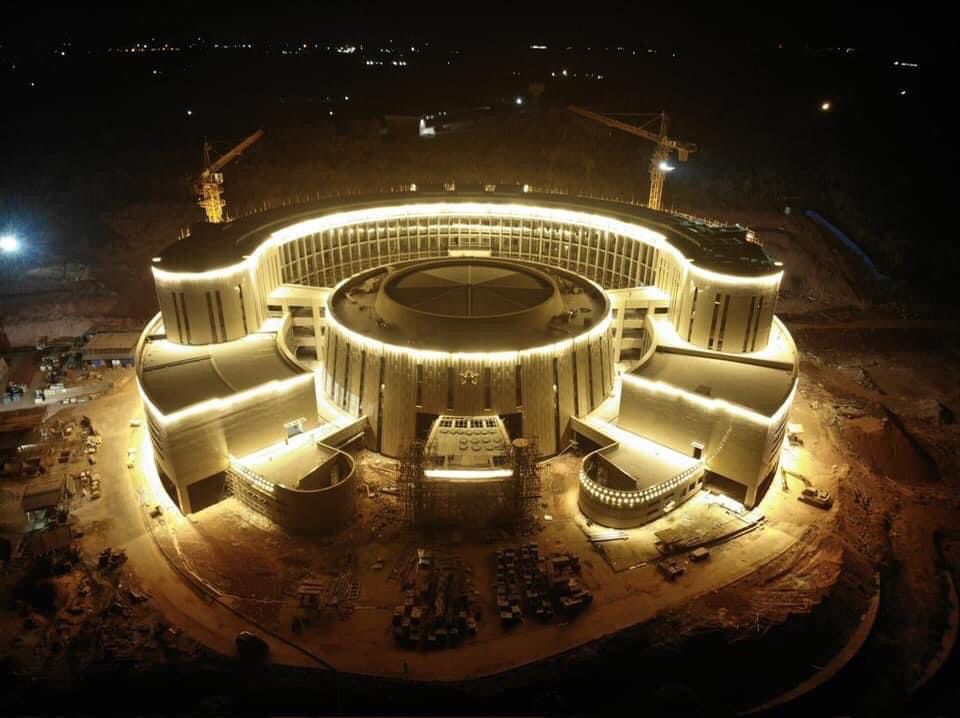 The new Parliament building in Mt Hampden, about 25 kilometers north west of the capital, is now complete with the Chinese contractor putting final touches outside the structure, a Cabinet Minister said on Tuesday.

Local Government and Public Works Minister July Moyo told New Ziana that the contractor was now working on the exterior of the building while the interior had already been fitted with furniture and equipment.

“The inside of the building is complete, they are now finalising on the exterior. After that we will have validation teams from China this month and next month to work with our local team and then we are sure everything is done,” he said.

Clerk of Parliament Kennedy Chokuda said they had also been notified that their new home was almost ready.

“The Ministry of Local Government has advised us that the building is done, they are now putting final touches. We are waiting to be advised of the date to move in,” he said.

Zimbabwe mooted plans to construct a new Parliament building over a decade ago but failed to do so due to lack of funds as it struggled under punitive sanctions that some Western imposed as punishment for implementing agrarian reforms in 2000.

The new six storey Parliament building is being constructed by the Chinese government as a gift for Zimbabwe.

The idea came following the expansion of the legislature to two chambers from previously one, which could no longer fit in the existing building, constructed during the colonial era.

Initially the government had intended to locate the new Parliament building in the Kopje area but concerns over parking space saw the site being moved to Mount Hampden, where a new city will also take shape, as many companies are expected to relocate there to avoid the congestion that has characterised the Central Business District. – New Ziana

UK has detected a new Covid variant. Here’s what we know so far about omicron XE