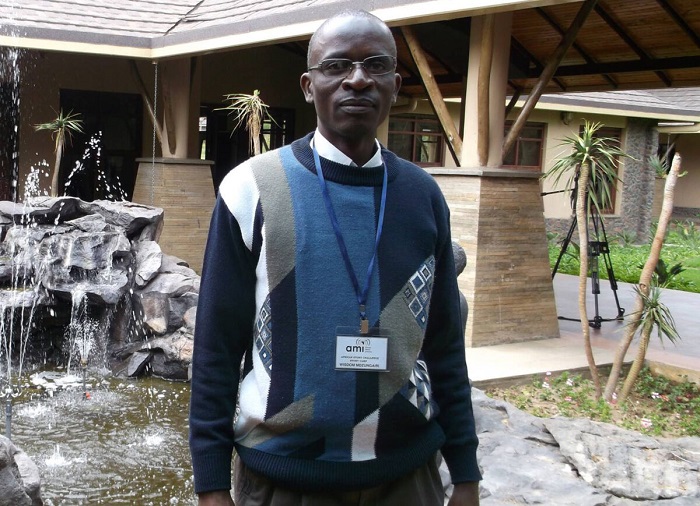 NewsDay editor Wisdom Mdzungairi has resigned from his post after President Emmerson Mnangagwa’s spokesperson, George Charamba, claimed he was working for the Ministry of Local Government and Public Works.Last year journalist Hopewell Chin’ono accused the editor of taking bribes.

Mdzungairi, who doubled up as editor-in-chief of Alpha Media Holdings, resigned on Monday, a day after Charamba claimed an unnamed NewsDay editor was a public relations officer at the local government ministry.

Charamba had described a journalist from an online newspaper, calling her “an activist wielding a pen and profession.”

Responding to Charamba, another Twitter user claimed to have done a Google search of the journalist’s name, and said the named journalist was “a pure opposition member hiding behind the pen.” Charamba then said:

There are a lot of them, some are at NewsDay, interned by a NewsDay editor who is now a government communicator at local government ministry.

Executives at Alpha Media Holdings, which owns NewsDay, asked Mdzungairi to respond to Charamba’s accusations and he promptly offered his resignation, reported ZimLive.

We write to announce the resignation of Mr Wisdom Mdzungairi from the position of editor-in-chief effective January 16, 2023. Mr Mdzungairi has decided to pursue other interests.

It seems Zerrubabel Mudzingwa is the new editor of NewsDay after the inglorious exit of Wisdom Mdzungairi.

This ends the tenure of probably the worst editor under the sun. How Trevor stuck to that guy for so long beggars belief.