Chivhu – Norah Madzivire, a notorious female thief who had the habit of stealing wheelbarrows from people’s homes was last week sentenced to six months in prison at the Chivhu Magistrates Courts.
She will serve the whole sentence.
Madzivire has three previous convictions on similar offences.
Madzivire (38), who resides in Northwood, pleaded guilty before Magistrate Denis Mangosi on the two counts of theft.
The court withdrew Madzivire’s other three counts of theft alleged to have taken place five years back because of lack of evidence.
It was the State case that on January 25, 2016 at around 10pm, Madzivire stole a wheelbarrow from Mishek Mamvura in the Chivhu location.
After police investigations, the wheelbarrow worth $40 was recovered at Madzivire’s place of residence.
On count two, on February 3 2015 around 7 o’clock in the evening at the Chivhu location, Madzivire again stole a wheelbarrow and three wooden stools from Fungisai Mazhira.
The police investigated and recovered the property worth $62 at Madzivire’s place of residence.
Charles Tsangadzaoma prosecuted.news 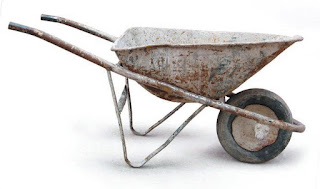 US committed to promoting relations with Zim: Envoy

Tension in Zimbabwe as Mugabe battles to contain army