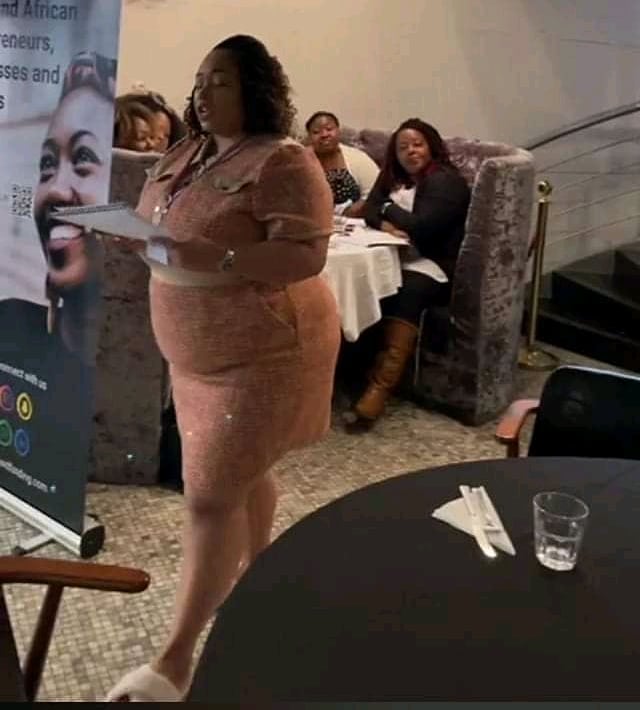 United Kingdom businesswoman Olinda Chapel-Nkomo has caused an social media storm after posting a message expressing transphobic and HIV stigmatizing views directed towards socialite Tatelicious Karigambe. She could be in trouble for transgender hate crimes if reported to police.

Olinda Chapel-Nkomo (37) is CEO of a Gain Healthcare LTD that recruits staff for NHS . She recently reunited with her husband Tytan, real name Njabulo Nkomo following a bitter break up in 2020. Singer Tytan says he was left “destroyed” after discovering that his ex-wife Olinda Chapel hid from him that she is HIV positive.

Speaking in an interview on the Facebook-based ZimboLive TV, Tytan said he suffered physical and mental abuse from Olinda until he decided to call time on the marriage in August last year.

Olinda ‘s message on Facebook reads: “Tell that MAN to get educated on HIV. Those are my results that state as undetectable and my husband’s results that state he is HIV negative . Undetectable means you can not pass on a virus to ANYONE. Stop stigmatizing HIV just because you haven’t come to terms with yours. You are busy doing a live creating lies and peddling manyepo ako. We are suing you and its not a joke. I want you to show me where ndakauraya munhu or my husband! “

The post drew a flood of criticism from members of the LGBTQ community, gender activists, and general public .

Responding to the backlash ,Tatelicious wrote of Facebook :” You abused me calling me a Man .I am now a woman .Respect human rights, transgenders are human too”

Tatelicious, born Tatenda Zenzo Karigambe, has spent more than US$80 000 to transform himself into a woman. Now legally a woman after registering as a female with the Registrar-General’s Office in Harare.

What is hate crime?

A hate crime is defined as “any criminal offence which is perceived, by the victim or any other person, to be motivated by a hostility or prejudice” based on one of five categories: religion, faith or belief; race, ethnicity or nationality; sexual orientation; disability; or gender identity.

Section 146 of The Criminal Justice Act 2003, amended in 2012, says that if an offence is motivated by hostility towards persons who are transgender then prosecutors can apply to the court to increase the offender’s sentence – called a sentence uplift.