The MDC has ordered its structures to only campaign for party leader Morgan Tsvangirai ahead of next year’s elections, amid fears that top officials were working feverishly to block him from leading a coalition against President Robert Mugabe. 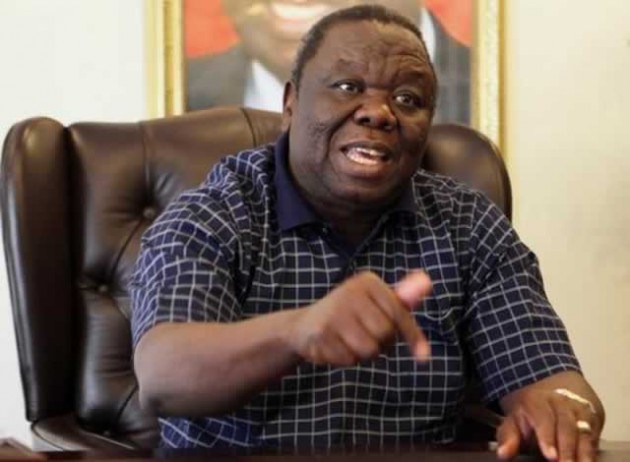 With the clock ticking towards the make-or-break harmonised polls, the MDC was plunged into another hair-raising conspiracy linking some of its senior officials — including one of Tsvangirai’s deputies — to a group of the party’s MPs who are allegedly mobilising the electorate in their constituencies to vote against the long-time Mugabe rival while voting for aspiring councillors and lawmakers fronting the 18-year-old party.

Tsvangirai himself raised the concerns a fortnight ago warning during a meeting with his party’s Harare provincial executive “enemies from within” who were working with Zanu PF under a programme dubbed “Operation Sesekedza”.

MDC chairperson for Harare Province Eric Murai confirmed the development saying his executive has since announced to the lower structures of the party that all campaigns from now onwards must focus on Tsvangirai.

“We then made a resolution last week that all the door to door campaigns we are undertaking in the province must be about the president so everyone must be selling Tsvangirai’s name not aspiring MPs and councillors,” Murai told the Daily News yesterday.

He added that the decision was reached at “after we realised that we need to put our energy on winning the presidency more than anything else”.

While Mashonaland East Chairperson Piniel Denga said “Operation Sesekedza” was not evident in the region, structures were under instruction to only promote the Tsvangirai brand.

“What we want is to ensure our presidential candidate gets more mileage because MPs and councillors don’t matter as they will have no influence if we do not win the presidential race,” Denga said.

Tsvangirai, who has led the country’s largest opposition party since its formation in 1999, is facing resistance from one other front — a plot involving a lobby among women cutting across opposition political parties seeking to build consensus around a woman who could lead the grand coalition.

Tsvangirai’s backers have been quick to point accusing fingers at Thokozani Khupe, whom they suspect to have teamed up with National People’s Party (NPP) leader, Joice Mujuru, to block the former trade unionist’s bid to lead the mooted coalition.

A fortnight ago MDC officials tried to block a women gathering in Bulawayo where Mujuru was officiating, fearing that the gathering could be used to de-campaign Tsvangirai.

This also comes as Mujuru has stoked tensions within the opposition rank and file by seemingly making statements that suggest Tsvangirai lacks the profile of leading the much-talked about electoral alliance.

Mujuru has recently  also punted herself to lead the envisaged grand coalition, at the same time seemingly questioning the suitability of Tsvangirai to front the mooted alliance as she promoted her candidacy during a meeting with her supporters in Zvimba, Mashonaland West.

Tsvangirai’s backers were apparently angered by Khupe’s participation at the Women Electoral Convergence (Wec) meeting in Bulawayo, a day before the former prime minister held his rally in Gweru, amid concerns that the gathering would act as a counter-attraction.

The party dispatched its deputy national spokesperson and Bulawayo East legislator Tabitha Khumalo to mobilise against the meeting but it failed.

MDC insiders allege that there could be a deal between Mujuru and Khupe reached during their trip to Dubai, allowing the NPP leader to use their structures in the provinces she has been touring to mobilise women to register and vote for next year’s elections.

Mujuru and Khupe have been to South Africa, the United States and United Arab Emirates on business trips, which MDC rivals say confirm their suspicions.

Wec is a non-party specific platform which is being driven by women politicians drawn from different political parties to encourage the feminine gender to register and vote for next year’s elections.

Apart from mobilising for voter registration, Wec is also advocating for increase in the number of women who hold political office.

Wec coordinator and legislator, Priscilla Misihairabwi-Mushonga, however said the accusations emanating from MDC were not surprising as they fit into the stereotype that women cannot lead.

“The reason why I laughed is because it is predictable from a gender perspective; men are very uncomfortable when they see women doing things they cannot take part in.

“We were very clear that is the likely response that men would come with, we engaged the leaders and he (Tsvangirai) was there before we had our meeting in Pretoria,” Misihairabwi-Mushonga told the Daily News in a recent interview.

“Let me make it clear we are concerned about two things, mobilising women to go and vote and making sure that women in various political formations can have equal representation,” she added.-Dailynews