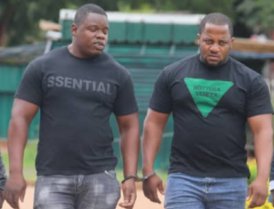 TWO bouncers, who allegedly assaulted patrons at Pabloz Bar in Harare on Christmas Eve, will start their new year behind bars after a Harare regional magistrate remanded them in custody to next week for their bail application.

Blessing Kumunda (36) and Gideon Sanyangore (32), both from the capital’s high-density suburb of Glen Norah in Harare, were remanded in custody to January 3 for bail application when they appeared before magistrate Mr Stanford Mambanje charged with attempted murder.

They were not asked to plead to the charges.