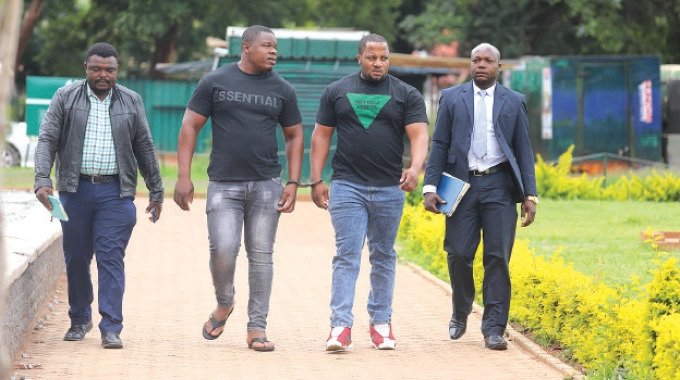 Harare bouncers Gideon Sanyangore and Blessing Kumunda have been denied bail on basis that there is overwhelming evidence against the two.

The duo are accused of attacking customers at Harare’s Pabloz Bar on Christmas Eve.

Harare regional magistrate, Mr. Stanford Mambanje, ruled that Blessing Kumunda, 36, and Gideon Sanyangore, 32, were not suitable candidates for bail and denied them bail.

According to Mr. Mambanje, there is strong evidence connecting them to the crime, which could push them to flee.

They are facing murder charges.

On January 30, Kumunda and Sanyangore are anticipated to return to court.

The State’s attorney, Mr. George Manokore, had argued against releasing the two on bail, claiming they represented a threat to society.-Zimmorningpost