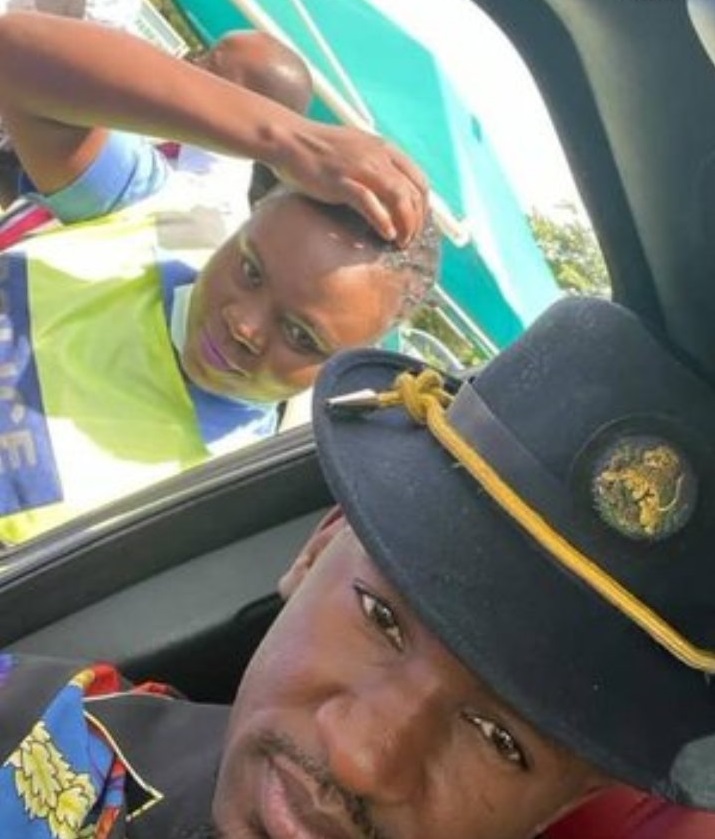 The Zimbabwe Republic Police (ZRP) said they have taken note of a photo circulating on social media in which controversial preacher, Passion Java, “borrowed” a cap from a female police officer and donned it.

This comes after Team Pachedu, a group of Zimbabweans who are active on Twitter, raised the issue yesterday. They said:

Dear @PoliceZimbabwe. In 2014, you arrested Robert Boyiboyi for criminal nuisance after sharing a photo wearing a police uniform.

Now, Passion Java has committed the same crime. Are you going to arrest him, or we are all now allowed to wear police uniforms freely?@JSCZim.

In response, ZRP said they are currently investigating the matter and a detailed statement will be issued after the completion of investigations. Police posted on their Twitter page:

The Zimbabwe Republic Police has taken note of a photo circulating on social media in which a female Police officer is seen standing next to a man wearing a Police hat.

Investigations are underway and a detailed statement will be issued after completion of Investigations.@PacheduZW