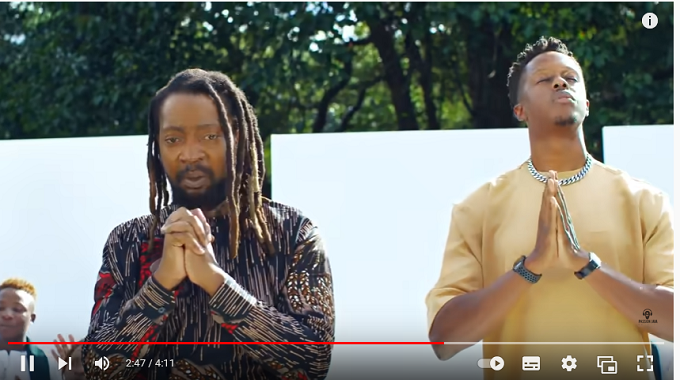 The two have been getting serious rude awakenings of late.

Controversial cleric Passion Java and Robert Mugabe Jr were humiliated yesterday at Africa University after they were chased from the school premises by the security guards.

People are seemingly fed up with his attention-seeking antics, and they are now expressing it to his face. The man is used to being welcomed by jubilant crowds who scream his name and chase his convoy.

In Glen view at one time, multitudes jostled for a hot dog and a bottle of Pepsi juice. The script has now changed as people are now ignoring his public appearances, and going about their businesses.

Yesterday, he went to Africa University to mix and mingle with the students. In a video that is circulating on social media of his Africa University trip, two security guards can be seen standing by his Mercedes Benz car, demanding that he and Robert Mugabe Jr leave the institution’s premises. In the background, students can be heard swearing at him and asking him to leave.

There is no crowd clamoring on his car, save for a handful of students who just go there to fist bump him. As this happens, Robert Mugabe Jr is seen taking selfies and videos from the car. Check out the videos of the drama below.

This is not the first time Pasion Java is humiliated by Zimbabweans. A few weeks earlier, a video of him circulated, as he was strutting in the streets of Masvingo with his security aides. People just ignored him and continued with what they were doing, with no one screaming or shouting his name.