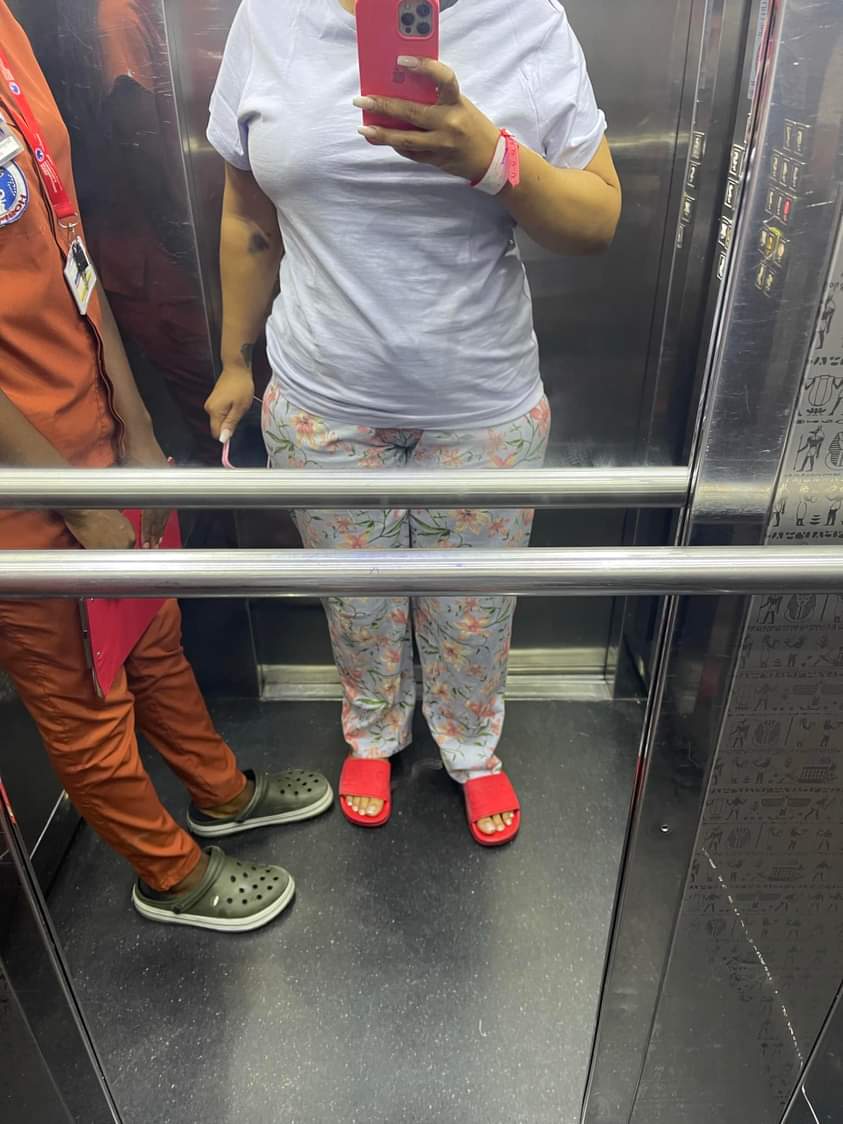 United Kingdom based socialite, Olinda Chapel has gone for another surgery to reduce her breast size, stomach and other body adjustments.

Taking to Facebook, Chapel shared a picture of herself teasing fans with her fresh look.

Captioning the image, she wrote;

Watch the picture below;

Meanwhile, Chapel has come out to assist socialite, Felistas “Mai Titi” Edwards who is swimming in debts incurred for her wedding to take place.

Mai Titi was in an extravagant wedding with  Tinashe where US$100 000 was reportedly splashed to fund the ceremony.

Initially, according to Mai Titi, the agreement was for Maphosa to pay back the debts but after the ceremony, he did not do anything. This led to fights between the two and a subsequent breakup which left Mai Titi facing the debts alone.

In a bid to assist her, Olinda is buying 50 people some dresses from Mai Titi’s shop.

This is what she had to say announcing the help;

I have been watching, listening. 🙌🏻. I have had so many people inbox me wanting to have the ”last laugh” with me.

Truth be told there is no last laugh in situations like this. I am heartbroken for Felistas. Everyone is in pursuit of happiness and no one will knowingly put themselves in situations that are heart breaking and tormenting to this extend.

She wanted happiness. She wanted to be winning just like each ans every one of us.

I do however applaud her for her courage that passed her ego to say “I was played”. Admitting your were played is one of the hardest things to do, because denial will always play a big factor.

So listen little sis. It’s okay, you have been humiliated, dragged, made to look crazy, have had to do worse to prove yourself and more. Now is the time to show them what strong women are made of. We fall but we always rise. So get off the floor, het back to business. Make us laugh again with your skits.

As for everyone else. I think entertainment is over. This is a real human being going through the worst or it could be God doing his work. Either way let’s support her. Go to her business’s buy a dress or bra. Send her a kind word. Leave nice comments. For it shall all be well.

If you go to her store and try on a dress with her, send me a video I will buy one dress for( $10 according to her adverts) to 50 women. Thats my way of supporting her and the community.

God bless you all.