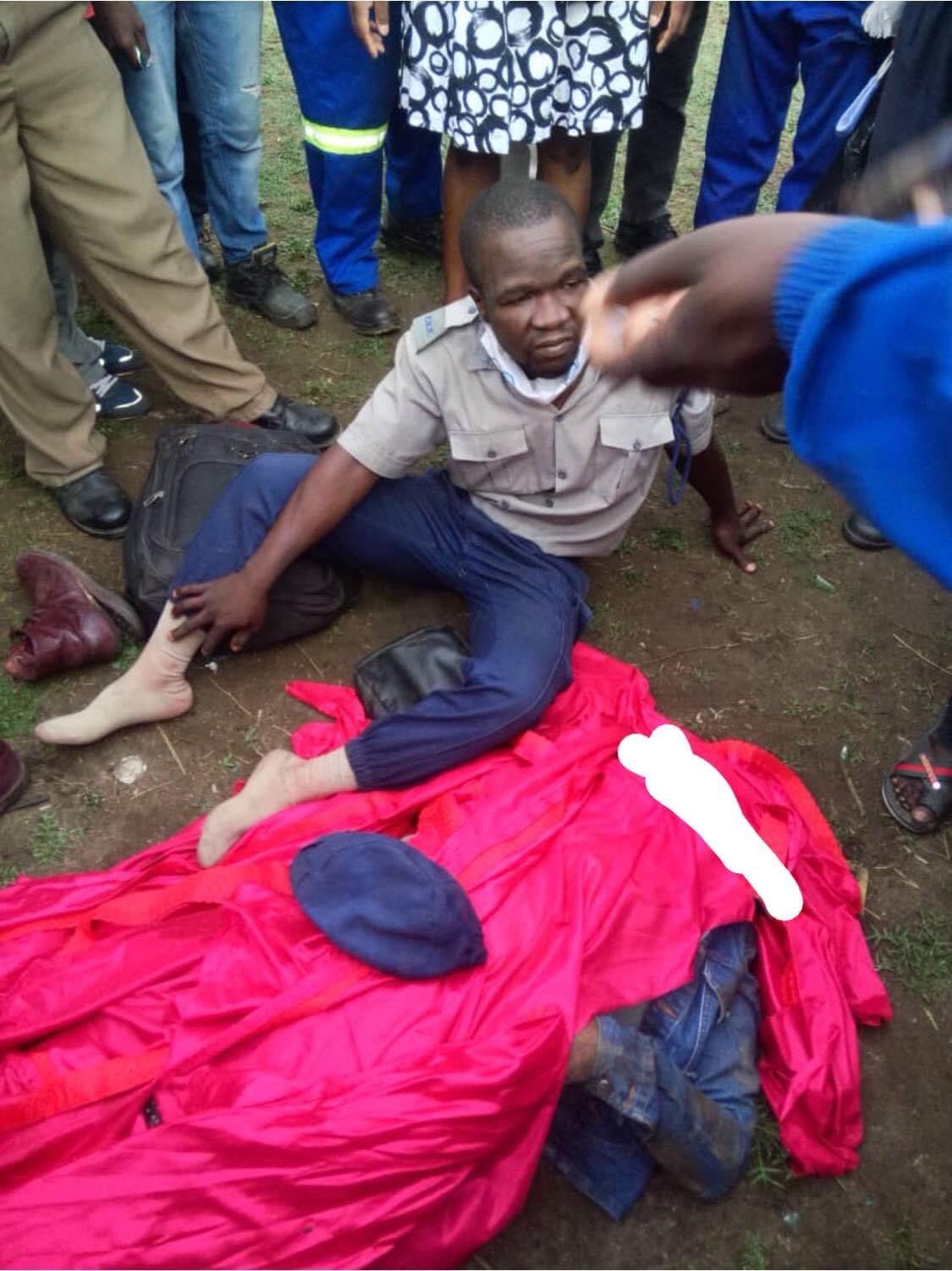 A SUSPECTED goat thief reportedly stoned a police constabulary to death, while an irate man went berserk and hacked his mother with an axe, killing her on the spot, before turning his fury on his young wife in two gruesome murders recorded in Manicaland recently.

Prosecuting, Mrs Melissa Saide said Zinyemba, who was accused of stealing Mr Nyasha Shaibo’s goat, turned violent and ordered the now deceased Chirengwa and his workmate, Walter Kanjalo to leave his homestead when they sought to arrest him on December 16.

The law enforcement agents insisted on taking Zinyemba to Matsika Police Base, but he (Zinyemba) became violent and viciously attacked Chirengwa.

Zinyemba recently appeared before Rusape magistrate, Mr Gift Manyika facing one count of murder and was remanded in custody to January 5, 2022.

He was advised to apply for bail at the High Court.

“Zinyemba ordered the trio to leave his homestead, but Chirengwa told him that they wanted to take him to Matsika Police Base for further questioning in connection with the theft of a goat he was being implicated in,” said Mrs Saide.

She said Zinyemba grabbed a stone and threw it at Chirengwa. The stone hit Chirengwa on the right side of his head and he fell down.

Sensing danger, Kanjalo and Mr Shaibo took to their heels.

“Zinyemba took another bigger stone and charged at Chirengwa who was lying down and hit him on the left side of the head. The attack left the victim’s right ear perforated.

“Chirengwa bled profusely and died instantly. A report was made to the police, leading to the arrest of the accused. Two stones weighing 1,67kg and 6,715kg were recovered at the crime scene, while Zinyemba tried to resist arrest by arming himself with a machete,” said Mrs Saide.

In the Honde Valley murder, Luke Nyabadza of Tsimambiri Village under Headman Sahumani in Chief Mutasa’s area is alleged to have committed the offence on Christmas eve.

A manhunt has been launched for him.

Acting Manicaland provincial police spokesperson Assistant Inspector Wiseman Chinyoka confirmed the incident and said Nyabadza was wanted on murder and attempted murder charges as defined in Section 47 and 189, as read with Section 47, of the Criminal Law (Codification and Reform) Act.

“The suspect is the deceased, Mrs Nyabadza’s son as well as Ms Masiyakurima’s husband. In the morning of December 25, Ms Nokuthula Manyawu (29), a neighbhour, went to the Nyabadza homestead to visit her friend, Ms Masiyakurima.

‘‘She knocked on the door, but could not get any response. Ms Manyawu went to Ms Masiyakurima’s bedroom window and knocked. She heard a faint groaning sound coming from the room and tried to open the main door, but failed as it was locked.

“She sought assistance from the village head, Mr Tambudzai Mufakose (43) who smashed the window open and discovered the complainant lying in a pool of blood, writhing in agony with severe cuts all over her head,” said Asst Insp Chinyoka.

“On December 26, Mr Last Ruwaka (48), of Chikuku B Village, under Headman Nyamande in Nyanga, who is a brother to the late Mrs Nyabadza visited the Nyabadza homestead after hearing that Ms Masiyakurima was found lying in a pool of blood and battling for life at hospital.

“He enquired from neighbours about the whereabouts of his sister, Mrs Nyabadza, but no one knew where she was. He observed some bloodstains on the wall close to her bedroom door. Mr Ruwaka became suspicious and broke the bedroom door to gain entry into the house.

“While inside, he found his sister’s body covered with a blanket. He removed the blanket and discovered that the body was lying in a pool of blood with a deep cut on the left side of the head,” said Asst Insp Chinyoka.

He reported the matter at Ruda Police Station and police attended the scene together with homicide detectives from Nyanga.

“The body of Mrs Nyabadza was inspected for external injuries, and a deep large cut across the left side of the head was observed.
“The body was ferried to Victoria Chitepo Provincial Hospital for post mortem. The suspect is at large, and we are appealing to members of the public for information leading to his arrest for murder and attempted murder,” said Asst Insp Chinyoka.

He urged members of the public to resolve their differences amicably without resorting to violence.-Manica Post