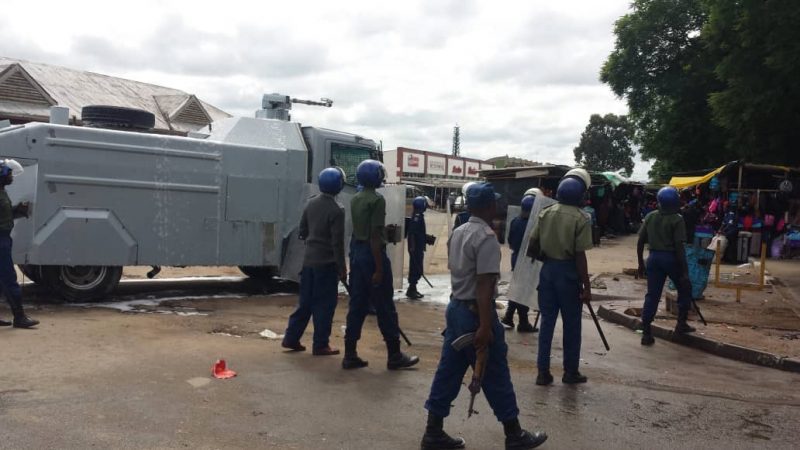 Police in Masvingo have tightened Covid-19 lockdown measures in and around the city in response to rising cases of the pandemic.

In recent weeks, residents had literally abandoned their guard against the pandemic – walking around the city needlessly, most without even wearing mandatory face masks, and observing recommended social distancing.

Police had also abandoned some of the key checkpoints into the city.
But on Tuesday, residents woke up to find police had re-tightened the lockdown measures, with many barred from accessing the city centre.

The clampdown caught many by surprise. Until now, police were only visible at Mucheke River Bridge along the Beitbridge Road and Chimusana Bridge road, the two major arteries into Masvingo CBD from the high density suburbs of Mucheke and Rujeko.

They were also only visible at roadblocks further out of the CBD along Harare road to the north, Bulawayo road to the west and east along the Mutare road. But these had little impact on city residents.

As a result, the CBD had become flooded with people, including vendors selling trinkets along pavements while the number of illegal money dealers had visibly increased as well at their usual hunting points.

Illegal taxi operators, popularly known as ‘mushika shika’ had also re-appeared in the city centre where they played cat and mouse with law enforcement agents as was the case with some commuter omnibus operators outside the ZUPCO franchise.

But this has now changed. Police are not only posted on key entry points into the city on the highways, but footpaths from Rujeko, Eastvale and Rhodene as well.

This is meant to control residents’ access into the city, and are barring those without need to be in town.

The move comes in the wake of an increase in the number of positive Covid-19 cases in the country. These have risen sharply lately, prompting the government to postpone the re-opening of schools and some parts of the economy.

Zimbabwe now has 1034 cases of the pandemic, and suffered 20 fatalities, up from just a couple of hundreds and five deaths just a weeks ago.
New Ziana