Zimbabwean President Robert Mugabe is expected in South Africa on Tuesday next week on an official visit, the presidency has said in a statement. 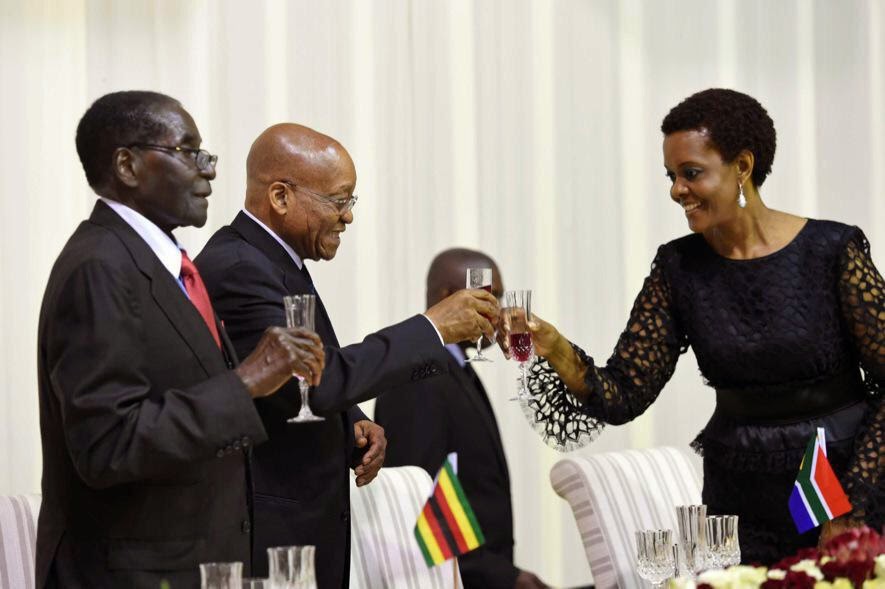 “President Jacob Zuma will on Tuesday, 03 October 2017, host the President of the Republic of Zimbabwe, His Excellency President Robert Mugabe, during his official visit to South Africa to attend the 2nd Session of the South Africa-Zimbabwe Bi-National Commission (BNC) scheduled to take place in Pretoria,” read part of the statement.

The BNC session, which will be co-chaired by both Zuma and Mugabe, will afford an opportunity to review the state of the bilateral relationship between the two neighbouring countries.

The BNC will further provide a platform to strengthen and deepen the warm and cordial bilateral relations between the two countries, as well as to review and determine the actual progress made on bilateral undertakings and commitments made during the inauguration Session of the BNC in October 2016.

Zuma and Mugabe are also expected to deliberate and exchange views on regional and global issues of mutual concern, particularly peace, security, stability and development in the SADC region and some parts of the continent.

BUSINESSWOMAN, Maureen Mandipaza, a United Kingdom returnee, has struck the right chord in the local retail sector with a state-of-the-art shopping mall and supermarket in Chitungwiza that was launched last weekend. Together with her husband […]

A shortage of carbon dioxide (CO2) gas means Christmas dinners could be cancelled, the owner of the UK’s biggest poultry supplier has said. A steep rise in gas prices has caused two large fertiliser plants […]