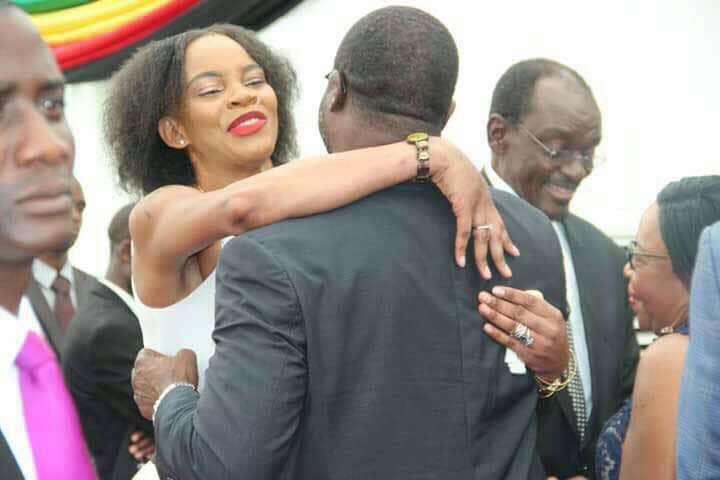 Marry Chiwenga will defend a $700,000 damages claim filed by her ex-husband Shingayi Kaondera, who accuses her of forging his signature and deceiving a court to grant her a divorce.

Kaondera initiated the claim in July, just as the former model’s marriage to Vice President Constantino Chiwenga hit the rocks.

ZimLive has obtained the 36-year-old defence plea, in which she wonders why Kaondera, a retired footballer, waited nearly nine years to file the claim.

“The plaintiff (Kaondera) was not opposed to the order of divorce being granted on the terms granted otherwise he would not have waited for nine years to raise these false and malicious allegations,” Marry Chiwenga says in her plea submitted to the High Court on November 14.

The couple’s divorce was finalised in May 2011, just weeks before Marry, nee Mubaiwa, was customarily married to Chiwenga, then the commander of the Zimbabwe Defence Forces.

Kaondera now says Chiwenga’s marriage to Marry should never have happened because she obtained the divorce through deception.

The former national team midfielder said in his damages claim filed on July 15 that he was never served with divorce summons. His lawyers said he was in Cyprus at the time.

Marry, according to Kaondera, “fraudulently caused a return of service to be issued by the Deputy Sherriff at Harare falsely claiming that plaintiff (Kaondera) had been personally served with the summons on the 22nd of June at Harare.”

“Further to that, defendant also fraudulently issued the Honourable Court a consent paper dated 7th July 2010 wherein the plaintiff’s signature was forged. Plaintiff never entered into a consent paper with the defendant regarding the divorce proceedings,” Kaondera’s lawyers said.

They said Marry had also submitted before a judge “an affidavit of waiver which purported to have been deposed by the plaintiff.” The signatures,Advertisementthe lawyers said, were forged.

Kaondera said the US$700,000 is “damages for a wrongful and fraudulent obtaining of an order of divorce and ancillary relief” which left him “impoverished”.

He also claims Marry hung onto all their movable and immovable properties, as well as his clothes. He also claims he was not compensated for his contribution to a company called Latchelle (Private) Limited, which owned a boutique.

In her reply, Marry insists that Kaondera “freely and voluntarily” signed the consent paper and affidavit of waiver.

Marry says she has “no knowledge” of the company, Latchelle, which Kaondera says he sunk US$34,000 into. She also denies remaining with his clothes.

Incredibly, in a response to a request for further particulars by Marry’s lawyers, Kaondera says he became aware of the divorce proceedings on March 8, 2018, “after perusing court papers at the Registrar of the High Court regarding the divorce matter.”

The court is yet to give the two parties a date for a hearing.

Chiwenga has filed for divorce from Marry, who has also gone to court to block moves to evict her from a Borrowdale home they shared with their four children, including two from Marry’s previous relationships.

It has been speculated that Chiwenga is encouraging the action by Kaondera, hoping it would void Marry’s divorce and in turn confirm their subsequent marriage as irregular.