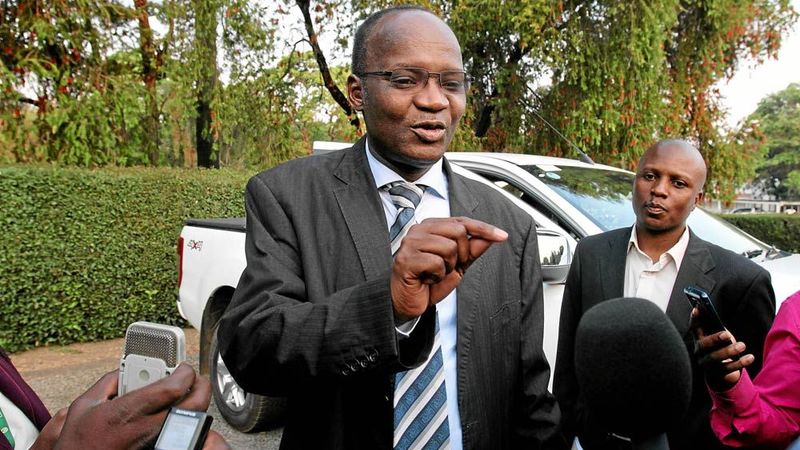 Professor Jonathan Moyo has accused the ruling party ZANU PF of engaging in political fraud when it comes to the conferment of the National Hero status to fallen former liberation war fighters.

Said Moyo, “The shocking denial of national hero status to Cde John Gwitiria, aka Kenneth Gwindingwi, confirms that the conferment of that status has become a political fraud and an intolerable distortion of the history of Zimbabwe, let alone of the liberation struggle. Something must give!”

Read her eulogy below:

Yesterday in Nyanyadzi we buried national hero and my uncle John Gwitira (Cde Kenneth Gwindingwi) He was a pioneer freedom fighter and commander who trained many comrades in Tanzania & opened the warfront in North East Zimbabwe where he led the Chaminuka sector while Rex Nhongo led the Nehanda sector. He was also a member of the General Staff.

My uncle became politically active after his father (Samson Gwitira) was imprisoned at Hwahwa prison following the Ndangana led Crocodile Gang operations in Chimanimani.His father’s car had been used to ferry the comrades to Chimanimani for the operation.

I was shocked by the deliberate distortion of history at the 42nd Independence Celebrations the other day in Byo when someone publicly claimed that Mnangagwa was a member of the Crocodile Gang. It is a big lie! Ndangana led that group and ED was not a member!

Cde KG was expelled from Chikore High School and later from Chibhero Agric College for his political activism.He left to join the liberation war in Zambia via Botswana and was trained in Tanzania before he led war efforts in the Mt Darwin area.He was also very close to liberation stalwart Herbert Chitepo.

Cde KG was the founding Chairman of the Zimbabwe National Liberation War Veterans Association and spoke unequivocally on the welfare of war veterans. In my many interactions with him as his mzaya, he represented the crop of patriotic war veterans that called a spade a spade!

The fact that a person of his stature- a pioneer and commander of the Second Chimurenga was denied national hero’s status by the incumbent Mnangagwa goes to show the smallness of our politics aswell as the tribal nature of such processes.

It is wrong for a political party through its politburo to be the organ that confers hero’s status. It is wrong to settle personal vendettas or otherwise even in death. The people of Zimbabwe know their heroes and revisionism will never change this!