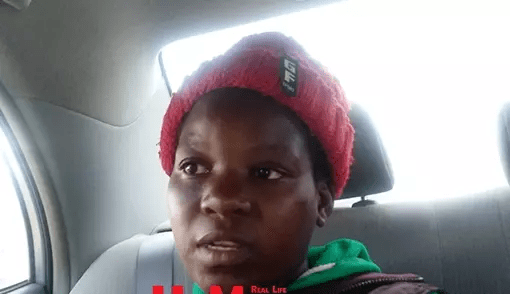 A SELF-STYLED prophet in Macheke has been dragged before Chief Mangwende’s court by a 19-year-old married woman who claims he shaved her privates and head against her will during a cleansing ceremony held at a Johanne Masowe yeChishanu shrine.

The incident happened in Macheke last week where Moreblessing Kuziwomunhu claimed that she was forced by her mother in-law Evelyn Zenda to get her shaved by a prophet at the shrine so as to avoid miscarriage upon giving birth.

The shaving was conducted during a night prayer and the shaved hair were taken to a sacred cave (ninga).

Irked by the act, Moreblessing informed her mother identified as Mai Kuzivamunhu before dragging Zenda to Chief Mangwende’s court.

Moreblessing told H-Metro that she was shaved while three men were pressing her from her back in the absence of her husband Gilfas Mundicha, 27.

“I had not been going to church for long and my mother in law invited me citing that the spirit wanted to say something to me. Upon arriving at the shrine, one of the prophets stood up and gave prophecy on me that with or without my consent I was not going to leave the shrine until I get my hair removed.

“One of the church members was quick to say she had a pair of scissors and three men who assigned to stand at my back during the cleansing. I was shaved while someone was pouring water all over my body and their reason was to protect my pregnancy,” she said.

Moreblessing said she was told to take the hair to the cave.

“They gave me the hair in which I was told to mix it with charcoal and put it in a white cloth before taking it to the cave around 9 pm. Some few days we had a quarrel with my mother in-law over an issue before I ended up apologizing.

“That was the reason I could not deny to undergo the cleansing ceremony she suggested for me. Upon returning home I informed my husband who was bitter about it, to which I told my mother the following morning,” said Moreblessing in tears.

Gilfas said that the cleansing ceremony was carried without his blessings and is not a member of the Johanne Masowe yeChishanu who conducted the unholy prayers on Moreblessing.

“I am not a follower of that church although I used to believe some of their prayers. As for the shaving of my wife, I was not informed and I do not believe in such prayers as well,” he said.

Zenda said hat the shaving was conducted while she was asleep at the shrine although she was the one who took Moreblessing for the cleansing ceremony.

“To be honest the shaving was done the time I was asleep and I do not know who exactly shaved her. I was aware of the prophecies made on Moreblessing concerning her pregnancy and that was what I wanted it be done to safeguard her from the spirit of witchcraft. Iye anoziva zvakaitika saka taida kuti zvisadzokorore,” she said.

Mai Kuziwomunhu reported the case to a village head and the matter was referred to chief Mangwende where Zenda was expected to appear last Friday.

The case was postponed to another date to be advised by the traditional court following the suspension of hearing cases in line with Covid-19 restrictions.

Zimbabwean Deported From UK Had Killed And Mutilated His Wife