Home Religion Prophet Magaya Sells A Jacket for US$12,000
ReligionZimbabwe 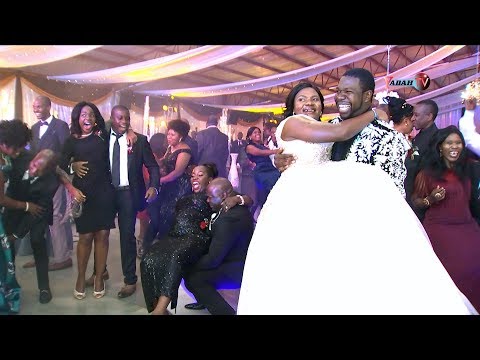 Prophet Magaya may be one of the most controversial men in Zimbabwe, but when his birthday rolled around, he decided to do something to boost his PR: and of course it was typical Magaya madness. The man of God auctioned off one of his jackets for an incredible $12,000 – and yes, that’s US dollars!

It’s almost crazy to think that, for the same price that someone can buy a car, someone else decided to buy a jacket worn by Prophet Magaya. Look, the man is… uh… interesting, but never in our wildest dreams did we think that someone would pay such a fortune for a piece of his clothing. And yet, here we are.

The prophet celebrated his birthday with a lavish party which was attended by some of the biggest stars in the country but the highlight of the entire occasion was when he announced that his jacket would be sold to the highest bidder. Now, if you, like me, have no interest in previously worn garments regardless of the profile of the wearer, then you probably would have started the bidding at a low price like $30. Nah, not these people.

The prophet explained why this jacket was such a big deal:

“One of my ministry members based in Nigeria is the one who took her time to hand make it and I did not want to let it go but because of the amount pledged, I accept and donate the money to Women of Valour to buy their sanitary wear,” said Prophet Magaya.”

The bids began in the thousands and then one lucky person managed to get the winning bid in for $12,000 and we were just left flabbergasted.

You can watch the full video of his party below: