Ramaphosa, his health Minister say they are first to get COVID-19 vaccine 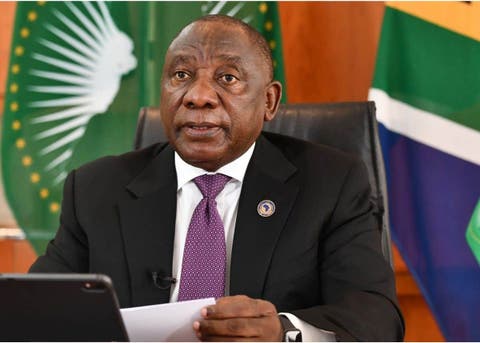 SOUTH Africa’s President Cyril Ramaphosa and health minister Zweli Mkhize will be among the first citizens to get inoculated with the newly acquired Johnson & Johnson vaccine which arrived in South Africa on Tuesday night.

“To demonstrate our confidence in this vaccine and help allay any fears that people may have, the minister of health and I will join the first health-care workers to receive the vaccine in Khayelitsha,” said Ramaphosa in a statement on Wednesday.

The president announced that the first batch of 80,000 doses of the vaccine are being prepared for distribution across SA with immediate effect.

“As this batch has already been approved by the SA Health Products Regulatory Authority (Sahpra) under the Sisonke protocol, these vaccines will be rapidly dispatched to all provinces,” he said, adding that most vaccination centres would be ready from Wednesday to begin the vaccination programme.

“We are pleased that we are able to begin vaccination by mid-February, as we had announced. This is despite the fact that the AstraZeneca vaccine that we had procured for this purpose showed little efficacy against the 501Y.V2 variant that is currently dominant in South Africa.”

Ramaphosa congratulated the vaccine interministerial committee, the ministerial advisory committee on vaccines, Mkhize and his team, as well as the Medical Research Council for responding rapidly and effectively.

“The Johnson & Johnson vaccine has been shown in extensive trials to be safe and efficacious and will protect our health-care workers from illness and death from Covid-19,” he said.

He called on leaders including premiers, MECs and religious and traditional leaders in various sectors and parts of the country to lead by example and get inoculated publicly.

Meanwhile, health minister Zweli Mkhize on Tuesday confirmed that the one million Oxford/AstraZeneca vaccines which arrived in SA two weeks ago will be offered to other African states.

The vaccines, which were procured from the Serum Institute of India and arrived in SA on February 1 to much fanfare, were found to have limited efficacy against mild and moderate disease caused by the Covid-19 variant that is dominant in SA.

The first vaccination is expected to take place at the Cape Town’s Khayelitsha District Hospital at noon. – TimesLIVE