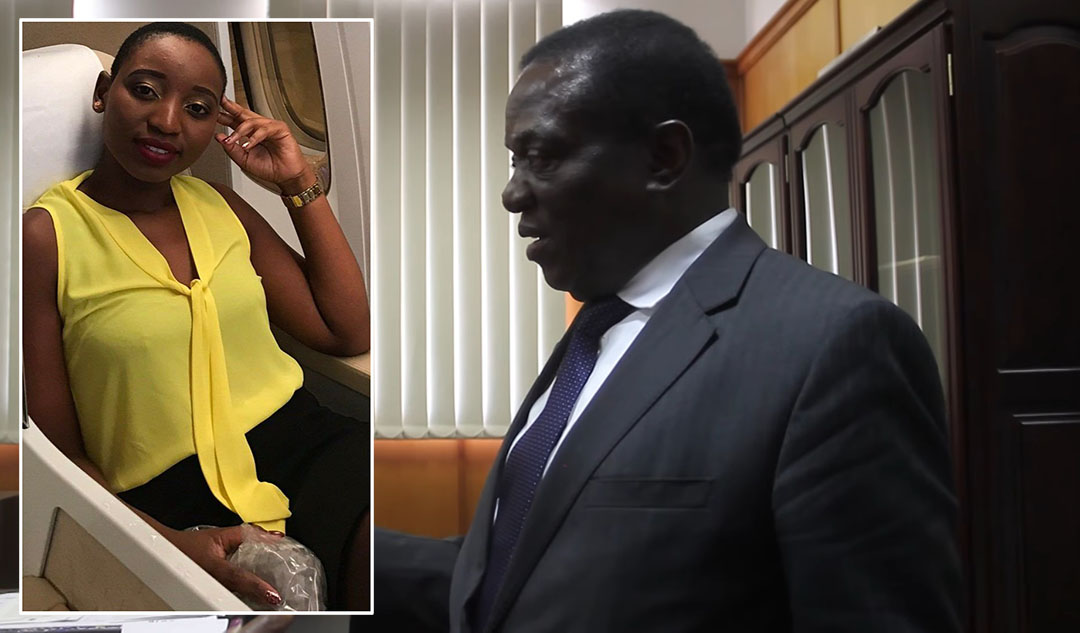 PRESIDENT Emmerson Mnangagwa will fly into a storm if he attends the 77th United Nations General Assembly in New York, United States, next month as Susan Mutami, the Australian-based local woman who accuses him of raping her when she was a minor, has been invited to speak on the sidelines of the summit.

The gathering will be attended by heads of state and government from around the world.

The summit will be held in New York from 13-27 September. It is one of the biggest global stages for world leaders to deal with current issues affecting countries and humanity.

Mutami, who has reported Mnangagwa to Australian police in Brisbane where she lives and by extension to the International Criminal Police Organisation, commonly known as Interpol, says she has been invited to speak on Women and Child Abuse at the UN.

“I just wanted to let you know that I’ve been invited to speak at the @UN this year in New York, Category Women and Child Abuse and also @Chiefsvosve1 pro-democracy workshop, Un protests and also to be one of the keynote speakers,” Mutami posted on Twitter on 22 August.

By speaking on the international stage, Mutami will further place the rape matter in the global limelight, which will be more damaging and embarrassing for Mnangagwa.

While he has remained mum on the subject, Mnangagwa will almost certainly be questioned by journalists on the case should he attend the summit, while Mutami’s rape allegation against him is likely to be picked up by the international media.

Mutami last month took to Twitter Spaces to chronicle how Mnangagwa allegedly sexually abused her several times while she was a pupil at Loreto High School in Silobela, Midlands, in 2004.

The abuse occurred after her father, who was a Zanu-PF official, died in a car accident.

She alleged that Mnangagwa offered to pay her fees and accommodate her at his farm in Kwekwe, but the gesture came with sexual abuse. She said he broke her virginity, while also claiming he had also abused several other young girls.

Mutami said former State Security minister Owen “Mudha” Ncube, who at the time was doing errands for Mnangagwa, including picking and dropping her, also abused her several times each time his boss was done with her.

However, she said she had consensual sexual relationships with several prominent people, including the late former Foreign Affairs minister Sibusiso Moyo and senior Zanu-PF official Kenneth Musanhi. Since then Mutami has been vicious against Mnangagwa, especially on social media.

“Dear World, this is the man who raped me when I was a minor. Bloody rapist, paedophile @edmnangagwa. The girl child is not safe in Zimbabwe because of this man @ UN_Women.”

According to the UN, an estimated 736 million women — almost one in three — have been subjected to physical and/or sexual intimate partner violence, non-partner sexual violence, or both at least once in their life (30% of women aged 15 and older).

This figure does not include sexual harassment.

The rates of depression, anxiety disorders, unplanned pregnancies, sexually transmitted infections and HIV are higher in women who have experienced violence compared to women who have not, as well as many other health problems that can last even after the violence has ended.

Most violence against women is perpetrated by current or former husbands or intimate partners.