This is the team that represented the then Rhodesia for the qualifiers of the 1970 FIFA World Cup Mexico. 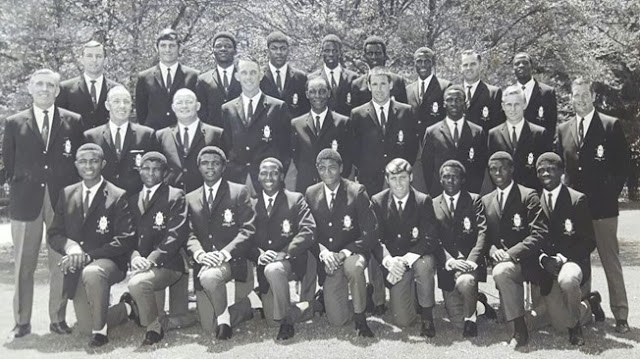 Bobby Chalmers remembers the society as less divided than neighbouring South Africa, saying that “people just got on with each other.”

Another striker on the team, Gibson Homela confirmed to Fifa.com that the team were a cohesive unit going into their qualifiers against the Aussies. “Football in Rhodesia was always multi-racial, so we played against each other and we played with each other. For us it was not a question of looking at the race of the other player. We were interested in whether he could play, or he could not play.

“We were considered heroes throughout Rhodesia and people recognised us as good players who played for the national team. That was the most important thing they looked at,” Chalmers recalls.

Both Chalmers and Homela agree that qualifying for the World Cup finals in Mexico might have helped the country along its oft-difficult transition into life as Zimbabwe. “It would have sent a huge sign to all Rhodesians that we can transcend racial divisions. If we work together we can overcome all obstacles,” Homela recalled.

After being knocked out by Australia, Rhodesia had to wait another 11 years to play a World Cup qualifier – then as Zimbabwe – where they were defeated by Cameroon. The Warriors have never reached the finals of the World Cup. Fifa.com