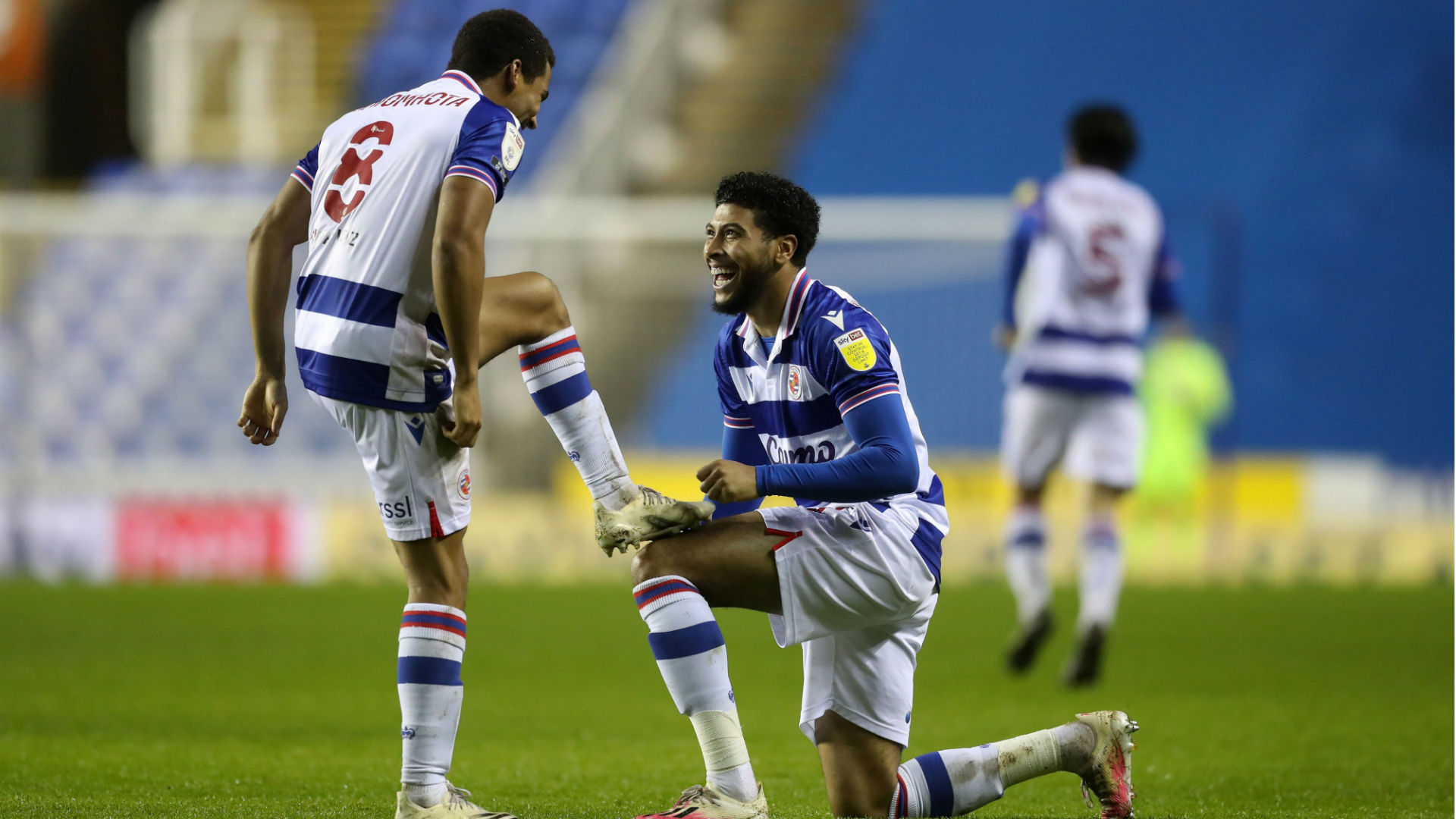 VERSATILE midfielder Andy Rinomhota, who celebrated his 100th appearance for English Championship football side Reading on Wednesday evening, is still open to consider playing for Zimbabwe in the future.

The 23-year-old spiced-up his milestone appearance for the club when he helped Reading collect maximum points in the 3-0 thrashing of Peter Ndlovu’s former club side Coventry City.

The midfielder scored the second goal of the match as the Royals climbed to fourth place on the Skybet Championship log standings.

“Three-and-a-half-years on from a senior debut against Gillingham in August 2017, congratulations on the milestone,” said Reading in paying tribute to Rinomhota on their Twitter page.

Rinomhota was equally excited when he was interviewed on the Reading Football Club YouTube channel.

“It was nice to mark my 100th appearance with a goal and obviously nice to get a win as well. It’s good for the lads after we had quite a lengthy break,” said Rinomhota.

“My agent pointed out to me before the Brentford game was cancelled (that it’s a milestone game). So it was on the back of my mind. Obviously I was kind of in a hopeful scenario and the situation to come up with a goal and three points,” he said.

“We were up against a very good opponent, who prepared well and made it very hard for us. But scoring the second goal at the start of the second half was great.

“And coming from Andy Rinomhota on the night he is celebrating 100 appearances for the team, it was a very emotional moment for the team. And an exciting one too. Congratulations to Andy for that goal,” said Paunovic.

Rinomhota joined the Reading Academy in 2015, having previously been with AFC Portchester. He went on to play Under-18 and Under-21 football in his first full season as a Royal.

Then in the 2016-17 campaign, he came to the fore by playing 39 times for the Under-23 team, which included a run of games against open-age opposition in the Checkatrade Trophy.

His hard work resulted in a call-up to the Royals’ pre-season training camp in the Netherlands during the summer of 2017, and ultimately a place on the bench at Loftus Road in the first game of the 2017-18 season.

“It all crept up so quickly,” he said. “Three seasons, three years and obviously I am enjoying my time here and hopefully get more appearances,” said Rinomhota.

He has been on the Warriors radar for the past few years and was one of the players at the top of Zimbabwe coach Zdravko Logarusic’s wish-list ahead of the back-to-back Africa Cup of Nations qualifiers against Algeria late last year.

Unfortunately, the midfielder and a handful of other targets from the diaspora failed to make it.

This infuriated coach Logarusic who then told a media conference that he was shutting the door on all the foreign-based players that had not committed themselves.

However, Zimbabwe Foreign Legion, who have spearheaded the harnessing of Zimbabwean talents dotted across the globe, still believe it is possible for Rinomhota to commit to Zimbabwe in the future.

ZFL chairman Mistry Chipere yesterday told The Herald that the ball is in ZIFA’s court.

“We have had previous engagements with Rinomhota and many other players in Europe that are eligible to play for Zimbabwe. These guys are willing to play international football.

“Actually, Andy agreed to play and said he would want to talk to his father about the passport issue. By that time, he was still playing for the Reading Under-23 side. But then negative stories started coming up from this side and that’s the last I heard of him.

“But Andy is not someone who is very difficult to link-up with if you play your cards well. He is not the only one. There are some other guys in our data base like Michael Ndiweni at Newcastle Under-23s, Zanda Siziba, Tawanda Chirewa and Trystan Nydam all at Ipswich Town, Bolton and Bernard Makwedza and many others that also qualify for Zimbabwe.

“I think what ZIFA needs to do is to employ a more professional approach like compiling a database, then contact the players and their clubs using the right channels.

“They can also consider buying an air ticket for the national team coach to visit these players at their clubs so that they can also see how much you value them.

“The West and North African countries are doing this and they always get the best players that they want regardless of where they were born and brought up.

“The biggest challenge that we have as Zimbabwe is that we don’t give these guys due recognition, especially when they are still rising from the bottom of their careers.

“Zimbabwe has several players that have been brought up in proper football structures in the diaspora and are eligible to play for our national age-group teams.

“I really don’t know how the selection works but somehow we don’t consider them for national duty at that level, yet we don’t have junior football running in Zimbabwe.

“We only start chasing them when they are blossoming and when we hear they are being chased by some top clubs.

“But by that time some of these guys will be smelling a chance to play for England or Wales because they have been brought up by the system.

“We must be humble enough because once these guys start doing well, the English junior national team scouts will also be following on them from a young age,” said Chipere.

In recent years, Zimbabwe have managed to convince the likes of Tendayi Darikwa, Alec Mudimu, Jordan Zemura, Adam Chicksen, Admiral Muskwe and Scotland-based David Moyo to play for the Warriors.