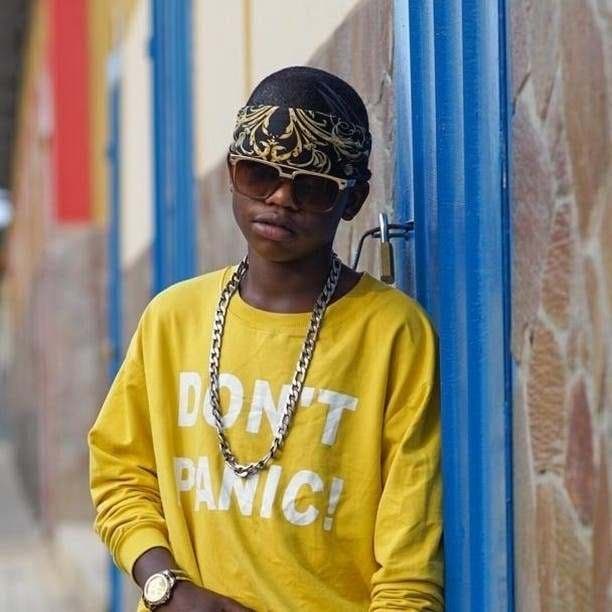 Young musician Herman has received an educational scholarship from President Emmerson Mnangagwa that will take him through to University level.

ZBC reports that the scholarship covers the talented musician’s tuition up to the tertiary level.

Herman was the entertainer at the Children’s party hosted by the President and First Lady Amai Auxillia Mnangagwa at State house this Saturday.

Rising Artist Herman Receives Scholarship From President Mnangagwa
Image Credit: ZBC
Fifty pupils from across the country’s 10 provinces attended the event that is part of the country’s Independence Day celebrations and it was held in accordance with Covid19 regulations.

The 12-year-old Herman, rose to fame when he released his single “Zvandofarira”, a love song that made rounds in the streets and social media avenues.

“Zvandofarira” is about his addiction to women over drugs and other things. The song gives off Tanzanian hitmaker Diamond Platnumz’s vibe.

Herman first released the song as a freestyle and it instantly trended.

He has since released more singles and has also collaborated with Gospel artist Sebastian Magacha recently.

His real name is Mukombe Mupelo Herman and he is a Zimbabwean Congolese.

Apart from being a singer and songwriter, Herman is also a very good dancer.

In other news, iHarare had reported that some weeks ago, a paediatric team in Zimbabwe successfully separated a set of Siamese twins in a delicate operation.

Atipaishe and Anotidaishe were separated by a team of local health personnel at the Sally Mugabe (former Harare Central Hospital) Children’s Hospital in the capital.

The complex and delicate operation took 18 hours to separate the conjoined twins.

Atipaishe and Anotidaishe were joined at the abdominal-pelvic region and shared a liver as well as some parts of their intestines.