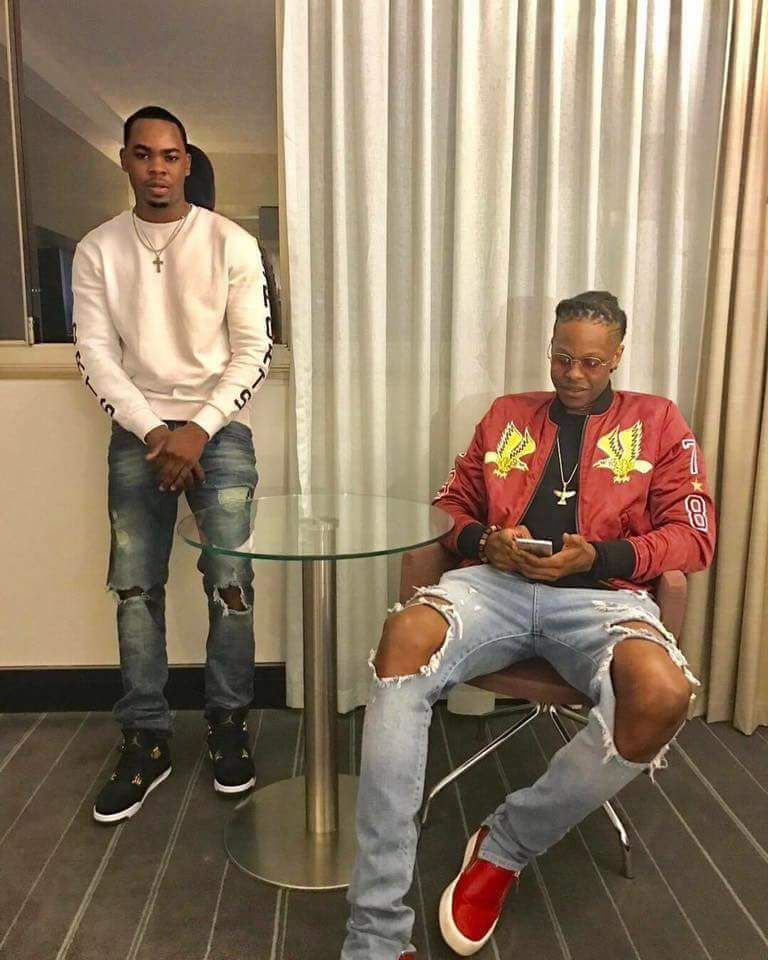 Ousted Zimbabwe president Robert Mugabe’s son Robert Junior is facing a criminal case in SA after a case of intimidation was opened against him this week.

The case, opened by Gabriella Engels on Thursday, could set the stage for round two of the legal war between the all-powerful Mugabes and the Joburg model. She is the same woman who was allegedly assaulted by Mugabe jnr’s mother Grace with an electric extension cord in a Sandton hotel in August last year.

Engels, who is still fighting for justice after Grace was not prosecuted for allegedly whipping her with the cable, told Rosebank police that Robert jnr was intimidating her in a suspected bid to get her to drop charges against his mom. According to an affidavit deposed by 21-year-old Engels, Robert jnr and his brother Bellarmine, as well as their friends, have been frequenting her workplace, Harem nightclub in Rosebank, since June.

Engels said in one incident in September, Robert jnr grabbed her leg and tried to pull her towards him but she was rescued by a fellow employee. It was on this night that Robert jnr, according to her police statement, made her an offer to be a model for his soon-to-be-launched fashion brand.

“As I tried to move away, he grabbed my right leg on my boot, below the knee, and pulled me down. I was carrying a bottle of champagne and nearly fell down. My friend Natasha grabbed me by my arm to steady me,” she wrote in the six-page affidavit.

Engels said that day she finally spoke to Robert jnr after having avoided him on several occasions since June.

“Robert Mugabe [jnr] said that he just wanted to talk to me. I responded that I didn’t want to speak to him; I said you are always taking videos of me. He said ‘Look, I am putting my phone away’ and he put his phone in his pocket. Robert asked me if I remembered what had happened to him. I replied ‘Yes, your mother hit you in the kitchen and she came to beat me’.

“Robert touched me on my forehead and asked if I was OK though? I did not answer. I asked what he wanted from me. Robert said he wanted to sort this whole thing out and he wants me to be part of his clothing line. I told him I was tired of the case going on and what I really want from them is to apologise.

Robert told me he knows how badly I want to start modelling again and he wants me to work for his fashion line and they will send out a statement apologising for what happened to me and they will take care of anything I want.”

I was thinking when he said further that he just wants people to know that we are OK and by me being part of his fashion line that will prove it. Whilst we were still speaking my manager Ngobile came and took me away from the table. She didn’t speak to him, she just looked at him.”

Engels said in other incidents, the Mugabes’ friends accosted her or tried to intimidate her in one way or the other and she concluded that all this was done to put pressure on her to withdraw the case against Grace.

“On Saturday, 30th June I was working at the Harem club. I notice Bellarmine Mugabe’s friend looking at me and I moved behind one of my clients. Nothing happened further. It was the first time I had seen Bella since the assault incident in August 2017.

“On 11 August 2018 I was again working a shift at the club. I was dancing in the VIP area at a table behind the Mugabe brothers.. This was the first time I had seen Robert since the incident with his mother in August 2017. I saw Bella talking to Robert jnr and he moved his sunglasses down his face/nose and looked directly at me. I felt very uncomfortable and went to report this to Ngobile at the office.”

In her conclusion, Engels said she felt uncomfortable about the Mugabes’ actions and asked the police to investigate.

Rosebank police spokesperson Bongi Mdletshe confirmed a case of intimidation was opened and is being investigated.

Mdletshe said no one was arrested yet.The Mugabes as well as the Zimbabwean embassy in Pretoria could not be reached at the time of going to print.