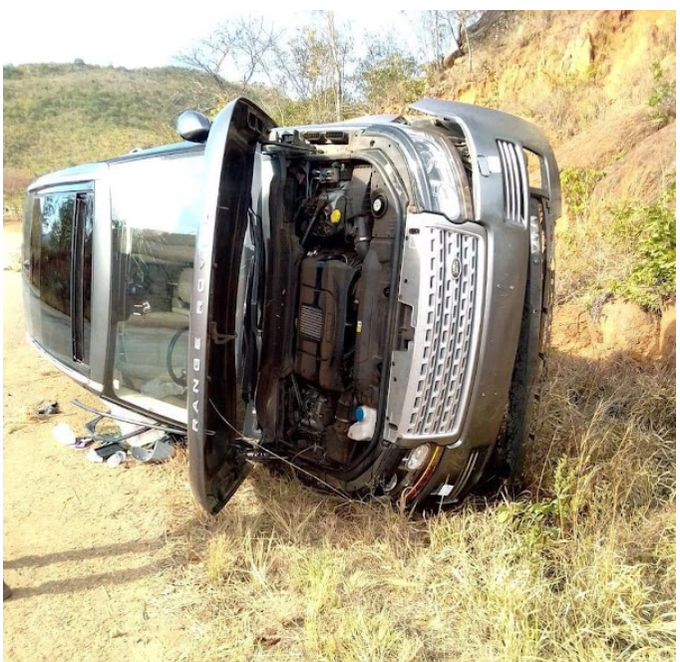 According to a local online publication, the accident occurred when his Range Rover Vogue vehicle overturned in the Eastern Highlands region of Zimbabwe.

Robert Junior’s accident reportedly happened at Rwatsumbu before Watsomba, on the road from Mutare to Inyanga.

Details on what caused the accident are still sketchy. However, The former President’s son is said to have suffered no serious injuries and is currently in hospital where he is being checked out.

Part of the report from ZimCelebs reads,

“Reports say that Robert junior Mugabe has escaped death by a narrow margin after his a landrover vogue just after fell off the road at rwatsumbu vatsomba.

“However, his condition is stable and did not sustain injuries as he has been rushed to the hospital.

“We are still waiting for an official confirmation from the family. This comes after Robert has resurfaced to continue with legacy that his father left and to continue as a Zanu-PF member.”

A few days before the accident, Robert Junior shared photos with his friends showing them on vacation in the Eastern Highlands.