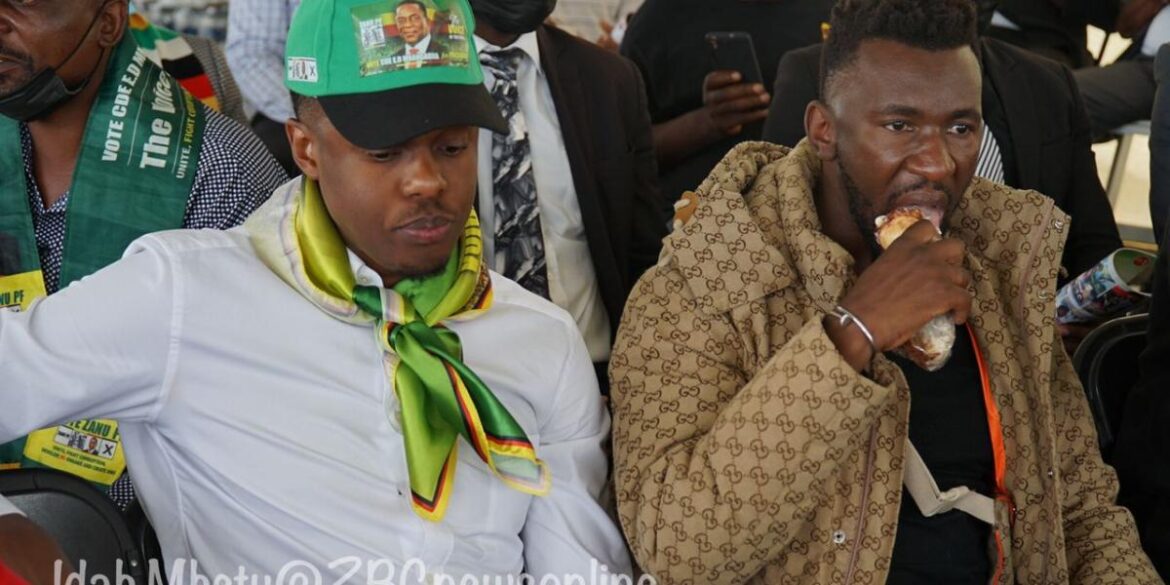 The 30-year-old, who was studying abroad, has returned home and has expressed interest in advancing the vision of the party his father formed with other comrades in 1963.

Robert Jnr, who has been publicly scarce since 2017, appeared at the ruling party’s Presidential Star Rally in St Mary’s, Chitungwiza on Wednesday.

He was in the company of prominent churchman, Passion Java and Youth, Sports, Arts and Recreation deputy Minister Tino Machakaire.

Robert Jnr, was called to the podium where he chanted the party slogan “Pamberi Ne Zanu PF,” before castigating those who stand against the revolutionary party.

Addressing media at the sidelines of the mega event, Robert Jnr said it would have been amiss for him to associate with any other political movement.

“I thought I should come and support the party. Since I was born, all I knew was Zanu PF. I am a Zanu PF child. Its only right that I continue the legacy,” he said.

The party’s Youth League said it is ready to work with Robert Jnr.

“It is good to see Robert Jnr, he is a youth who was studying abroad. So, we are happy to see him. It is the new dispensation and Zanu PF is home to everyone.

“We are hoping that we are going to work together and the skills that he has will benefit the country going forward.”