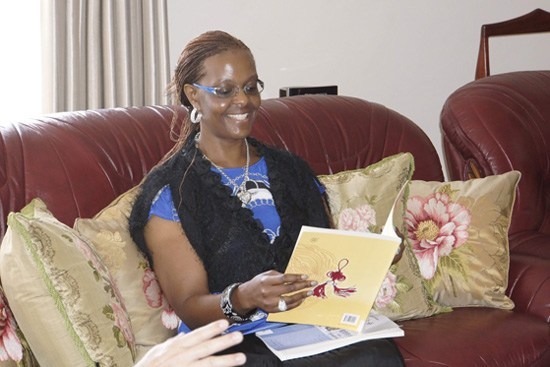 Robert Mugabe died without a will, family declares modest estate
‘Thus far, we have not been able to locate a will but have sent out inquiries to other law firms’ – Mugabe lawyer

Lawyers have so far been unable to locate Mugabe’s will, and his family says they are not aware of any.

The Master of High Court Eldard Mutasa has called a meeting with Mugabe’s family for Thursday to discuss the appointment of an executor.

Mugabe’s lawyer Terrence Hussein wrote to Mutasa in October asking him to register the estate after failing to locate a will for the former president who died aged 95 on September 6.

“Kindly register the estate. Thus far, we have not been able to locate a will but have sent out inquiries to other law firms, although the family members are not aware of any,” Hussein said in the letter, part of documents made public this week.

“In this regard, perhaps the estate may be treated as intestate for now.”

Mugabe’s daughter, Bona, according to the documents, also wrote to the Master of the High Court in October revealing a modest portfolio of properties that her father owned.

The properties include houses in Gunhill, Mt Pleasant, and Helensvale (Blue Roof) as well as a farm (Highfield Farm). It also lists his Zvimba rural home which also has a farming plot of five acres and an orchard of a similar size.

Mugabe also had 10 cars and about $10 million in a ZBC Nostro Account.

An estate of a person who dies without a will is distributed to beneficiaries made up of his or her children and surviving spouse.

Bona said notified the Master of the High Court that Grace Mugabe was the sole surviving spouse, and listed four children: herself, Robert Junior, Chatunga Bellarmine and Russel Goreraza. Goreraza is Grace Mugabe’s first child from her first marriage.-zimlive