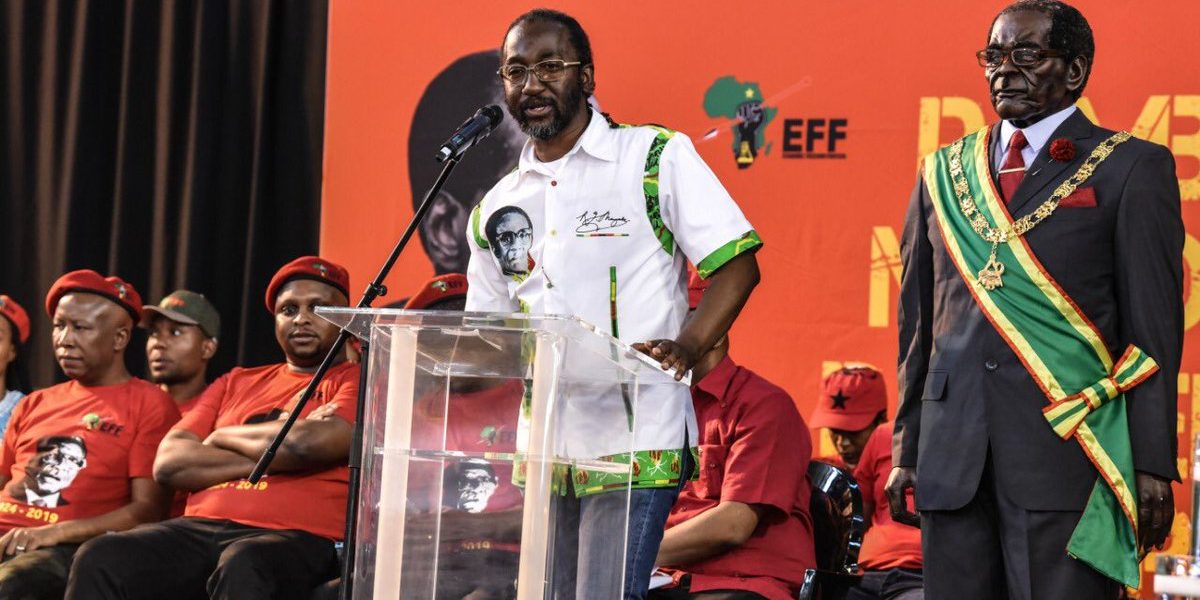 Former Zimbabwe Cabinet Minister Patrick Zhuwao, who fled the Southern Africa nation during a November 2017 Coup that toppled his Uncle Robert Mugabe has applied to join South Africa’s Economic Freedom Fighters (EFF) where he is resident.

“Consequently, I have applied to join EFF as a fighter and ordinary card-carrying member in a branch within Gauteng Province. I am happy to work as a ground fighter. I do not seek elected office; as a refugee, I am not eligible anyway”, Zhuwao told City Press

He said that his move was inspired by the desire to help “Africa develop a political culture that detracts from the entitlement mantra that has become so pervasive in liberation movements.”

Zhuwao and a handful of Mugabe loyalists skipped the country’s borders in 2017 when the late veteran leader was forced to resign from power.