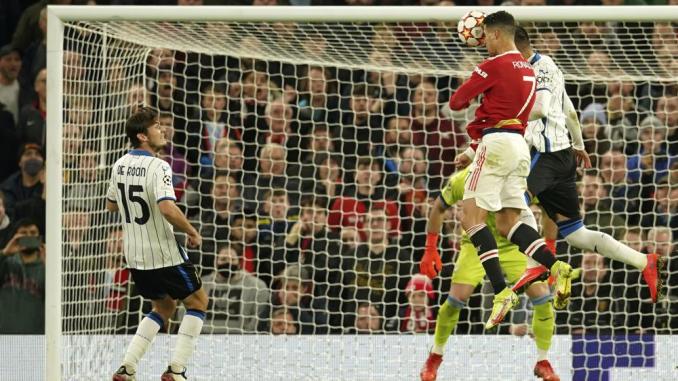 The greatest scorer in the competition’s history soared to head in an 81st-minute winner as United erased a two-goal halftime deficit to beat Atalanta 3-2 in a wild match at Old Trafford on Wednesday.

Ronaldo’s record-extending 138th goal in the Champions League came three weeks after he scored in the fifth minute of stoppage time to snatch a victory over Villarreal in the second round of games.

United did it the hard way again after falling 2-0 behind following goals by Mario Pašalić in the 15th minute and Merih Demiral in the 29th. The team was jeered off the field after the halftime whistle.

However, United showed a different side in the second half, laying siege to Atalanta’s goal as Marcus Rashford reduced the deficit in the 53rd with a calm finish following a stunning outside-of-the-foot through ball by Bruno Fernandes.

Harry Maguire swept in the equalizer in the 75th and Ronaldo got on the end of a cross by Luke Shaw for the winner.

The Portugal striker made a last-ditch clearance in the final seconds and then fell to his knees at the final whistle.

Patrice Evra: Ex-Manchester United defender says he was sexually abused as a teenager