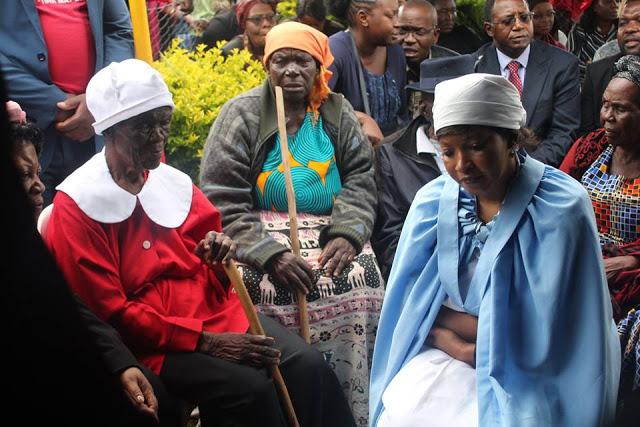 Tsvangirai died a fortnight ago in South Africa after a long battle with colon cancer and was buried at his rural home last Tuesday.

His burial was, however, marked by ugly scenes which also saw party vice-president Thokozani Khupe, secretary-general Douglas Mwonzora and national organiser Abednico Bhebhe, physically assaulted by youths from a rival camp as the race for Tsvangirai’s succession turned nastier.

The three were accused of disrespecting party acting president Nelson Chamisa and decampaigning him in the succession race which also pits Elias Mudzuri.

The rowdy youths, according to sources, also accused Khupe of influencing Tsvangirai’s mother to threaten to commit suicide if Chamisa and her late son’s wife, Elizabeth Macheka, attended the former premier’s funeral.

Gogo Tsvangirai was not spared the attacks as she became the butt of ugly social media bashing. She was also booed at her son’s funeral.

“Some of the youths went on to allege that Gogo’s feud with her daughter in-law (Macheka) and Chamisa was materialistic.

They claimed that Chamisa, as a lawyer blocked the Tsvangirai family from claiming the MDC-T leader’s property from Macheka,” the family member added.

Family spokesperson, Manasa Tsvangirai, said it was sad some party supporters have continued to use her mother as a subject of attack over things they don’t have information about.

The party youths also caused a scene when they took away Tsvangirai’s casket for burial before the family performed its rituals, and even threatened to beat up the former premier’s younger brother, Collins, after he ordered them to return the body.