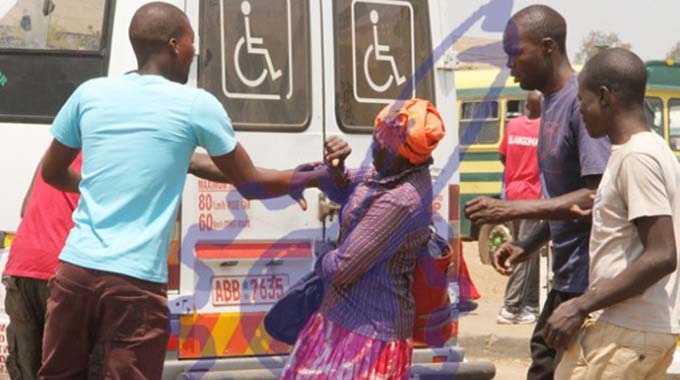 IN a strong statement to touts that harass passengers, four men who were recently caught on camera harassing an elderly woman at Dulivhadzimu long distance bus terminus were on Thursday jailed for an effective six months by a Beitbridge magistrate court.

The quartet, who were facing charges of public nuisance, were convicted on their own plea of guilty by Beitbridge Resident Magistrate Mr Toyindepi Zhou.

They were each left with an effective six months to serve after the court conditionally suspended four months of their initial 10 months sentences.

The accused persons, he said, harassed an elderly female traveller at Dulivhadzimu long distance bus terminus and they were caught on camera.

The court further heard that Kamuda and crew handed themselves over to the police following a meeting between the police and intercity bus operators.

The meeting discussed the harassment of travellers at the hands of bus crews among other cross cutting issues.