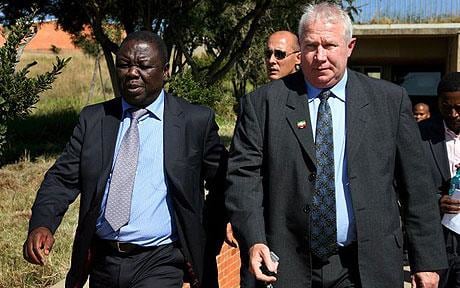 The Roy Bennett Foundation, an organisation established by the late Chimanimani legislator, has pledged financial, medical and legal assistance to organisers and participants in the planned demonstrations against corruption on July 31.

The former MDC legislator and prominent farmer died with his wife, Heather, in a helicopter crash which killed three other people, in a mountainous area in the US state of New Mexico.

In a statement, the Roy Bennett Foundation executive secretary Kurt Louis Heyns said the foundation would offer support to all political activists who will be and those who have been persecuted for the call to demonstrate on July 31, 2020.

“For any form of assistance, be it financial, medical or legal, please feel free to hint us through WhatsApp on the following number +260 7642 74272 and our team in Zimbabwe will be ready to assist,” he said.

According to Heyns, the Roy Bennett Foundation is a self-funded pro-democracy organisation that promotes freedom of expression and good governance.

“The organisation was founded by the Late Honourable Roy Leslie Bennett who was a radical and fearless pro-democracy politician and business giant. As part of his wishes to promote the above objects, he allocated a big share of his billion dollar worth Estate to this foundation.

“In furtherance of his wishes and for the accomplishment of the above objectives, the organisation wishes to stand in solidarity with all victims of injustice and political oppression in Zimbabwe.

“In that spirit, we wish to pledge financial support to all political activists who will and those that have been persecuted for the call to express the constitutional right to demonstrate on the 31 July 2020 National Protest.”

The controversial Bennett joined politics in 2000 and winning a parliamentary seat for the newly formed MDC and the former coffee farmer, who was fluent in the local Shona language quickly rose within the party earning the nickname Pachedu (“between us”), which is a colloquial reference to childhood secrets.

According to the BBC, his popularity as an MP led to former President Robert Mugabe’s governing Zanu-PF party holding him in particular disdain and in 2004, he famously lost his temper in a parliament brawl with the then Justice, Legal and Parliamentary Affairs Minister Patrick Chinamasa.

He pushed Chinamasa to the ground in a row over a land redistribution programme that saw most of the country’s 4,000 white farmers lose their land and was imprisoned for several months.

In 2009, as he was due to take up his post in a new power-sharing government, he was accused of involvement in a plot to overthrow Mr Mugabe but was cleared of treason charges the following year.

Bennett left Zimbabwe for exile in South Africa, where he continued to oppose Mugabe’s government.

Shiri was poisoned, says his family