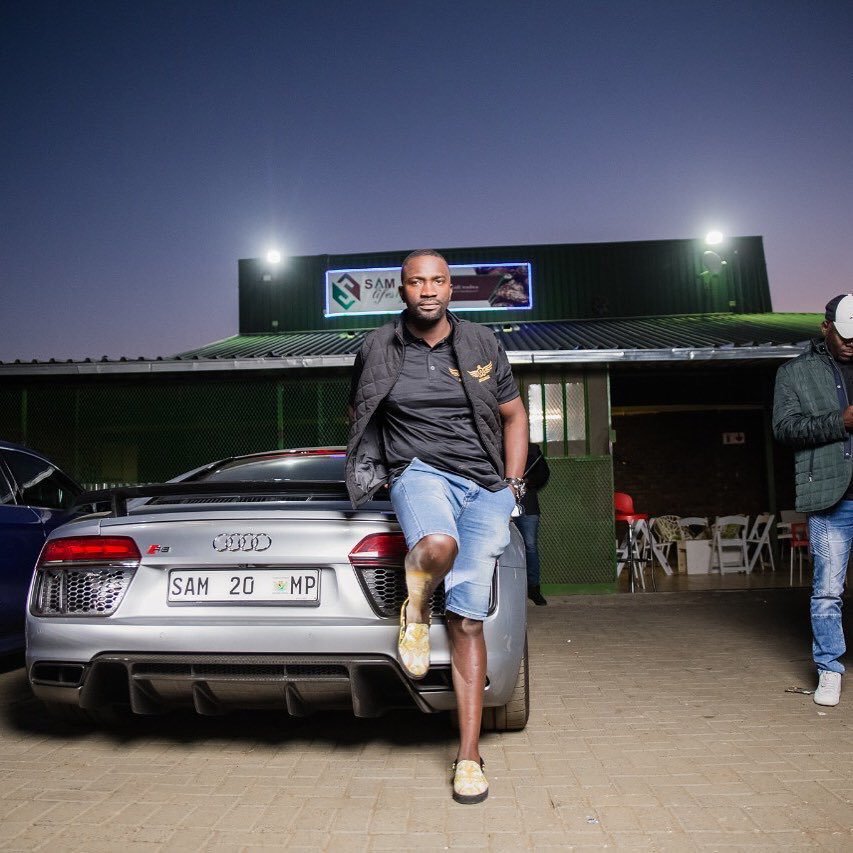 Lucas donned his new fur getup for the Mohammad Ali-Joe Frazier fight at Madison Square Garden in March 1971. The chinchilla was a showstopper — and “a massive mistake”, he later wrote in his biography.

His fur coat caught the eye of the FBI, which was surprised that its wearer had better seats than Frank Sinatra, Diana Ross, Dustin Hoffman, Barbra Streisand and Vice President Spiro Agnew.

“I left that fight a marked man,” Lucas later lamented.

It is a lesson that has come late for a South African social media star, Sam Mshengu, who appeared before a court in Witbank, Mpumalanga Province, on Monday charged with holding fake citizenship, fraud, corruption, possession of an unlicensed firearm and ammunition.

The corruption charge relates to bribing an immigration officer working with the Hawks with R40,000 to stop him pursuing the verification of his citizenship. The money was recovered as an exhibit.

The case was postponed to September 13 for a formal bail application.

Running a trucking business out of Mpumalanga, Mshengu was barely known outside his circle of growing followers on Instagram where he regularly shared his love for expensive cars – all with private number plates bearing his first name, ‘Sam’.

Then, in July, Mshengu caught the whole of South Africa’s attention – including law enforcement – when he drove into the port city of Durban for the annual ‘Durban-July’ shindig in a convoy of 70 supercars.

Within hours, everyone wanted answers to just one question: Who is Sam Mshengu?

Suddenly, he was fielding calls from newspapers, TV stations and radio stations wanting a piece of his success story.

The Directorate for Priority Crime Investigation, also known as the Hawks, also became curious and began looking into his background.

In one interview with Power FM, Mshengu said he was a native of Limpopo province from a village known as Makwarela. He did not have a decent education, he said, after his father – a soldier – died in the Democratic Republic of Congo war when he was only two-years-old. His mother had raised him.

Aged 11, he went to a nearby farm and started working there, picking oranges.

His employer, a white farmer, so liked him he promoted him to the trucking division, Mshengu said.

“I started working with trucks and I can say that’s when I started loving them. He [employer] also gave me an opportunity to be a truck driver. I was then promoted and I went from being a truck driver to working in an office – I was working in a control room,” he said.

He registered his own logistics company, Sam Holdings, in 2014, he said, and his fleet had since grown to 52 haulage trucks.

He explained that his Durban stunt was designed to promote his “shisa-nyama” in Nelspruit in Mpumalanga. Only 10 of the 70 cars were his, he said.

How he now must now regret that!

The Hawks announced in a statement on Sunday that a 27-year-old man had been arrested in Emalahleni, Mpumalanga.

A liquor licence application filed by Mshengu in 2017 for his Sam Lifestyle “shisa-nyama” bears the name of a Sambulo Bruce Tshabalala. Because the South African ID number carries one’s birth date, it can be established that Tshabalala – according to his now disputed ID – was born on December 15, 1995, which would make him 24-years-old.

So why the different name? Mshengu is a clan name of the Tshabalalas who are mostly found in KwaZulu Natal province, and Sam Mshengu would appear to be his social media name.

The full details of Mshengu’s alleged crimes will be unsealed in court, the Hawks said. It has been speculated online that Mshengu was born in Zimbabwe and “bought” his South African citizenship.

Mshengu would not be the first Zimbabwean to rise to the top in South Africa – and then have it all taken away from him.

Tichafa Matambanadzo, popularly known as ‘Tich Mataz’, became a household name as a DJ for Five FM when it emerged that he secured the job with fake citizenship documents.

He was deported after authorities seized his house, cars and many other properties.

Mugabe Cave Burial: Death Rituals to Be Held In Private Because He Was a Chief