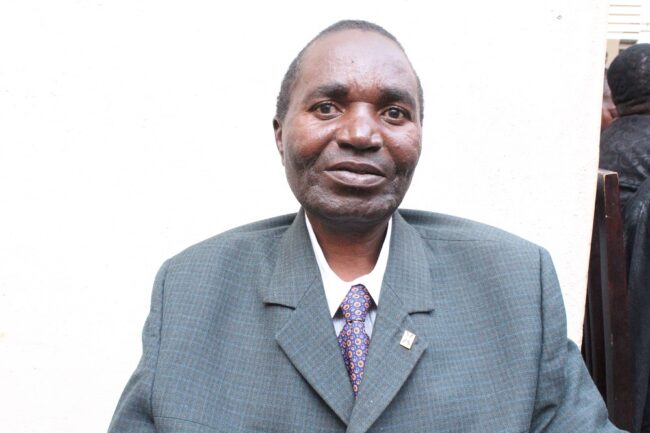 Sen Khupe died at Mater Dei Hospital on Saturday where he was admitted over an undisclosed illness. He has been described as a champion and a defender of PWDs.

A Chronicle news crew yesterday visited Mr Khupe’s home in Thorngrove where mourners are gathered and observed that PWDs constituted most of the mourners.

The late senator’s sister Mrs Rachel Sibanda said they have lost a pillar of strength.

“He died on Saturday at Mater Dei Hospital where he had been admitted after falling ill. And as a family we have lost a pillar of strength. He was a unifier, mentor, tutor and father to us. He represented his constituency very well and it is not surprising that 95 percent of the mourners here are PWDs,” said Mrs Sibanda.

She said Sen Khupe did not allow his disability to define who he was and even did better than some of able bodied people in improving his life.

He founded the Muscular Dystrophy Association of Zimbabwe which highlighted the challenges of people with inherited genetic conditions that gradually cause muscles to weaken.

He went into the senate in 2018 on a proportional representation ticket for PWDs.

A disability issues advocate, Ms Sukoluhle Mhlanga said her life was transformed when she came in contact with Sen Khupe in 2014.

She said Sen Mhlanga amplified the voices of PWDs at any public event.

“I’m a young person with a disability and what I can say is that I met Mr Khupe in 2014. As a young person I took notes from him and he believed in us the younger generation. He believed in the abilities of the young persons with disabilities. I’m really saddened and torn apart because he was an icon when it comes to disability issues. He was someone we always looked up to,” said Ms Mhlanga.

Mr Flag Chirwa who also worked closely with Sen Khupe described him as a social advocate for the rights of PWDs.

“We are at a great loss, he was our voice and would take our issues up to places we could not easily access. His death is not a loss to his family but the advocacy for disability issues,” said Mr Chirwa.

Burial arrangements will be announced in due course.

Strive Masiyiwa loses US$2.9 billion, net worth now US$1.5 billion