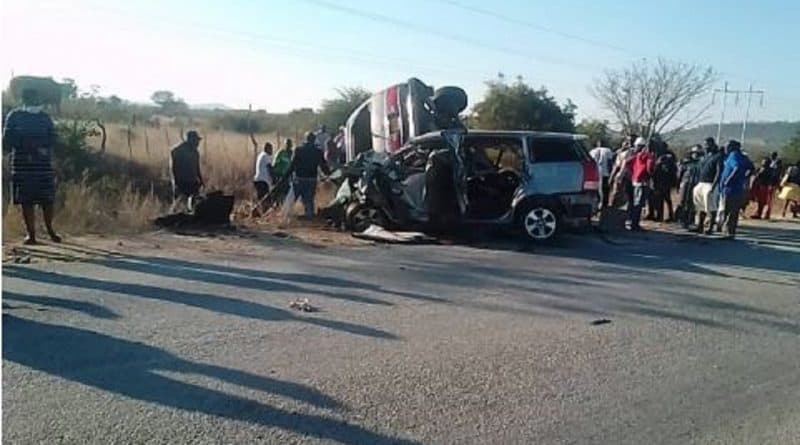 SEVEN people died along the Masvingo-Topora road while five others were injured after the car they were travelling in rammed into a tree.

The accident happened on New Year’s day in the afternoon at 43 km peg along the Masvingo-Topora road when the driver of the Nissan Caravan lost control of the vehicle and rammed into a tree.

“The Zimbabwe Republic Police confirms a fatal road traffic accident which occurred at the 43 km peg along the Masvingo-Topora Road on 1st January 2022 at about 2.30 hours, in which seven people died while five others were injured.

Circumstances are that a motorist who was driving a Nissan Caravan vehicle travelling towards Masvingo town, with 11 passengers on board, lost control of the vehicle and veered off the road to the right side.

“The vehicle rammed into a tree leading to the death of six people on the spot, including the driver, with one person dying upon admission at Masvingo General Hospital.”

“The bodies of the victims were ferried to Masvingo General Hospital for post-mortem while the injured were referred to the same institution for treatment. The Zimbabwe Republic Police is currently conducting investigations into this unfortunate road accident,” he said.