Several illegal gold panners are feared dead after the collapse of a mine shaft at Wanderer Mine in Shurugwi. 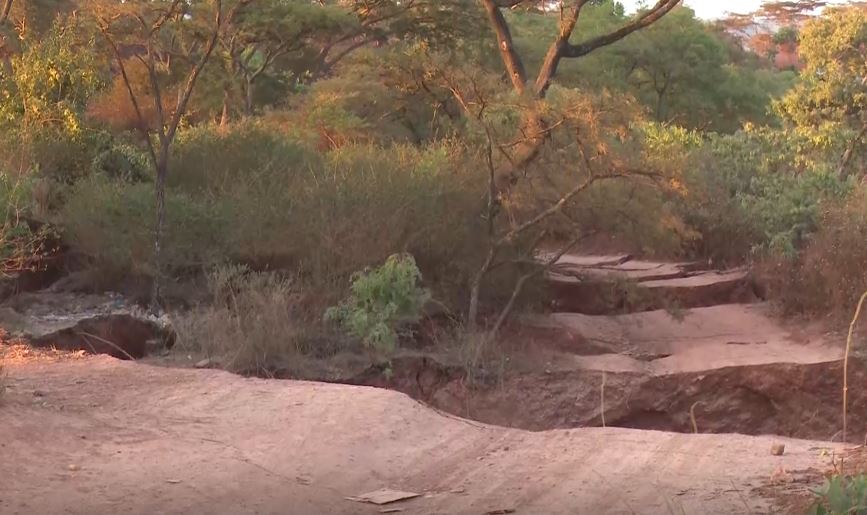 The number of people trapped inside is not known but police and experts are on the ground carrying out investigations.

It is a treasure trove of gold and at any given time they are thousands of fortune hunters who are underground looking for the precious mineral.

It is, however, not clear whether they were illegal miners underground when Wanderer Mine curved in engulfing a road and the foot of a nearby mountain.

Some illegal miners who were at the scene said the mine had given them a warning prior to its collapse and they had managed to vacate before the disaster struck.

Those who managed to escape did not rule out the possibility that some people could still be trapped underground.

Midlands Provincial Affairs Minister Senator Larry Mavhima expressed shock and regret over the incident saying a team of experts is on the ground to ascertain the cause of the mine collapse.

In a telephone interview with the ZBC a mining expert said the mine could have collapsed due to illegal miners who are destroying remnant pillars that give stability to the mine.

He said when German miners were still running the mine the same area popularly known as Wafa Wafa Massive collapsed and claimed more than 50 people whose remains were never retrieved.

He said illegal miners have no capacity to do proper mining and as a result they go for underground pillars creating instability that might have resulted in the mine curving in.

Meanwhile, efforts to get a comment from the provincial mines director were fruitless.