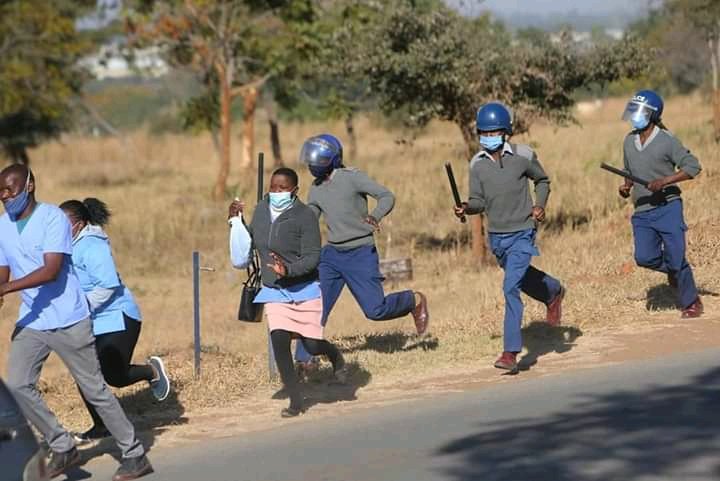 BULAWAYO – Health workers at Tsholotsho Hospital in Matabeleland North are living in terror of invisible “tikoloshes” that are allegedly tying-up and raping women and girls.

At least three families of health workers have been forced to abandon their hospital accommodation after reporting strange occurrences, a newspaper reported.

Young girls are waking up up with blood stains in their privates and women have had their legs and hands tied by invisible beings, officials claim.

Tsholotsho Senator Alice Dube revealed: “What’s happening is painful. I visited the hospital last Friday and the girls are really tormented, they need help. I saw it happening with my own eyes. One of the girls started screaming, saying the tikoloshe was tying her legs and we could see her being tied, yet we couldn’t see the creature.”

On a continent where witchcraft is one of the more popular cultural narratives, many Zimbabweans believe in witchcraft and black magic. Many believe tikoloshes are called upon by malevolent people to cause trouble for others.

Dr Mbonisi Nyathi, the Tsholotsho district medical officer, was one of those called to witness the bizarre scenes.

He told The Chronicle: “These things are confined to three families living at one particular house, others are not affected. So far stakeholders and the local leadership are helping and have engaged traditionalists while churches are also conducting prayer sessions.”

One attempted exorcism by a witch-hunter commonly known as a tsikamutanda, last week, failed to secure the three families peace.

When the families were moved to a guest house away from the hospital, they allegedly found a note at their new lodgings – they believe from their nocturnal company – advising them to return to the hospital accommodation or they would be killed.

They went back after self-styled prophets from the Zion Church camped at the house, leading prayers. The Chronicle reports that the “tikoloshes” were so incensed they tied one of the girls’ legs with earphones in full view of a praying crowd. When one of the girls went to the toilet, her hands were tied with a string and she was gagged at the mouth before being “raped”.

The families once more abandoned their hospital house where pots and plates can be seen being thrown out of the windows – with no-one inside.

Chief Magama, whose area of jurisdiction covers Tsholotsho centre and the hospital said: “There is real trouble here. We have tried all avenues and we await to see what will happen. We have brought in church pastors and traditionalists but nothing has worked so far.

“A hospital is an important place for services hence we can’t have such things happening as this will disturb service delivery.”

The chief said the Zion Church is planning to send its top prophets on September 29 for a decisive showdown with the terror “tikoloshes”.-ZIMLIVE