Shiri was poisoned, says his family 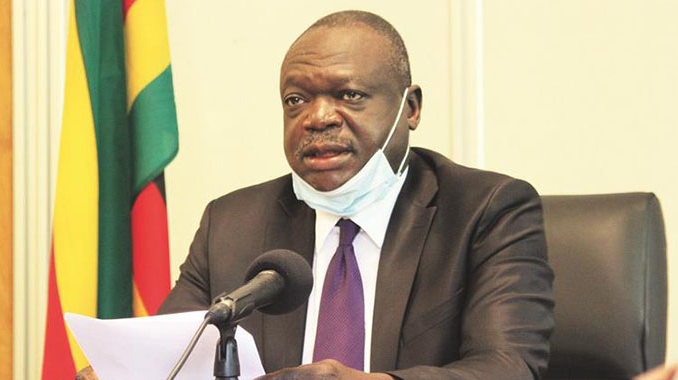 THE family of the late Agriculture minister Perrance Shiri said it suspected that he could have succumbed to food poisoning, not COVID-19.

Shiri died yesterday morning while being taken to a Chinese facility for treatment of suspected COVID-19, but the family yesterday said he died after severe vomiting and was showing symptoms consistent with food poisoning.

They also said doctors who initially attended to him also suspected food poisoning.

Family spokesperson Benjamin Chikerema (Junior), however, said they would be guided by postmortem results.

“We have noted social media reports of COVID-19 suspicions. Although we cannot rule that out, what we know for now is that he started vomiting severely and was attended to by doctors who suspected food poisoning.”

He added: “He started vomiting and was taken to the doctors who said they suspected he had eaten poisoned food. Around 3am, he started having difficulties in breathing and died when he was being taken to a Chinese facility.”

Shiri, who commanded the Airforce of Zimbabwe for 25 years until he joined the government in 2017, was a retired general who was among military chiefs who ousted the late President Robert Mugabe in a 2017 coup.

A liberation war veteran, Shiri, had a chequered past.

He commanded the army’s Fifth Brigade unit that perpetrated the 1980s massacres of accused Shiri of being among the security chiefs who organised violence against its members after Mugabe lost the first round of the presidential vote in 2008.

Shiri’s driver reportedly died due to a COVID-19-related illness last Saturday and was buried a day later.

Chikerema said as precautionary measures, less than 15 people were gathered at his Borrowdale home.

Some reports suggested that Shiri died alone in his vehicle and tried calling his close associate, independent MP for Norton, Temba Mliswa and his Agriculture secretary John Bhasera to drive him to hospital.

Both Mliswa and Bhasera were not immediately available for comment.

Sources revealed that Shiri started showing serious signs of sickness on Thursday when some directors had to wait for him while he slept for four hours in his office at a time they were supposed to be in a meeting.

He reportedly visited a doctor, but his condition deteriorated on Monday, a day after his driver was buried.

The Lands ministry head office was closed on Tuesday when Shiri’s condition worsened and according to an internal memorandum by the ministry’s human resources department, several workers had been tested for COVID-19, but the results were yet to be released.

“He was a dedicated, hardworking and loyal son of the soil whose exploits as a young man will always be remembered and are well-documented in the history of Zimbabwe,” Mavima said.

Shiri’s body is reportedly at a local funeral parlour instead of the usual One Commando Barracks, an army facility where all national heroes are taken to, as they have no COVID-19 facilities.

The former airforce boss was not in Cabinet on Tuesday after he was asked to self-quarantine following his driver’s death.

Agriculture ministry offices have since been closed for disinfection.Source – newsday