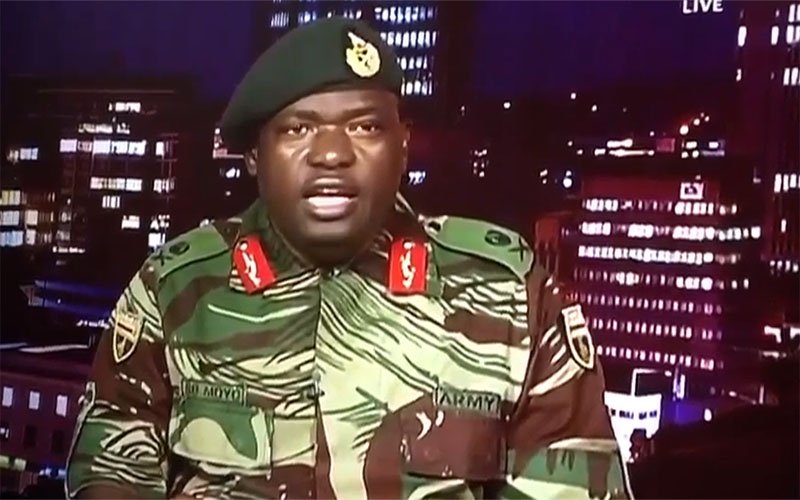 Zimbabwe’s foreign affairs minister, Sibusiso Moyo‘s health has reportedly taken a turn for the worse amid reports that the minister is now unable to speak, Spotlight Zimbabwe reported.

According to ministry of health officials aware of Moyo’s kidney ailment related condition, the minister is said to have lost weight and can now barely speak, due to rapid deterioration of his well-being.

The disclosure comes hard on the heels of reports by President Emmerson Mnangagwa, that former leader, Robert Mugabe, is now wheelchair bound in Singapore, where he is receiving specialist health care and treatment.

Moyo is popularly known for announcing the Zimbabwe military coup against Mugabe on national television in November 2017, and was rewarded by Mnangagwa with his influential cabinet post, to manage the country’s International relations and foreign policy. On 15 November 2017, following the house arrest of Mugabe the previous day, Moyo gave a statement on ZTV denying that a coup had taken place, stating that “the president… and his family are safe and sound and their security is guaranteed”, and that the military were “only targeting criminals around (Mugabe) who are committing crimes… that are causing social and economic suffering in the country”. Moyo went on to say that “As soon as we have accomplished our mission, we expect that the situation will return to mormalcy.”

“The situation has taken a turn for the worse,” said a doctor working for the ministry. “I cannot disclose fine details about the minister’s ailment, but it is true that he is unable to speak at the moment. He is however not in a comma as some have been speculating.”

Moyo who is thought to be a close ally of vice president, Constantino Chiwenga, in government, has not attended to government business since September and has had to undergo undisclosed surgeries and a recent review in South Africa.

“I also want to correct the impression that was in the market that Lt General SB Moyo was in South Africa,” said Charamba to the media. “In fact, he was treated at a local hospital and only travelled to South Africa for a review. It is understood that he had two operations meant to remove some growth in the stomach.”

There have been concerns in recent times over the effectiveness of government day to day operations, as senior figures especially in the presidium, including Mnangagwa have been receiving medical treatment at elite hospitals in South Africa.

VP Chiwenga and his counterpart Mohadi, have both visited South Africa for medical treatment this year. Chiwenga was in October airlifted to a Johannesburg hospital, where he received medical attention for a mysterious illness. Mohadi on the other hand has been in and out of South African hospitals since early this year, with rumours at one time that he had passed on refuted by Mnangagwa in May.